Bishops and leaders call for reform 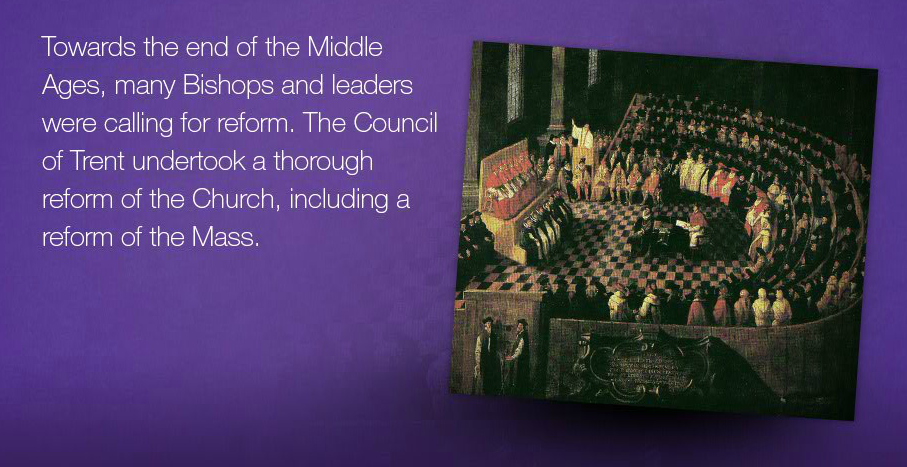 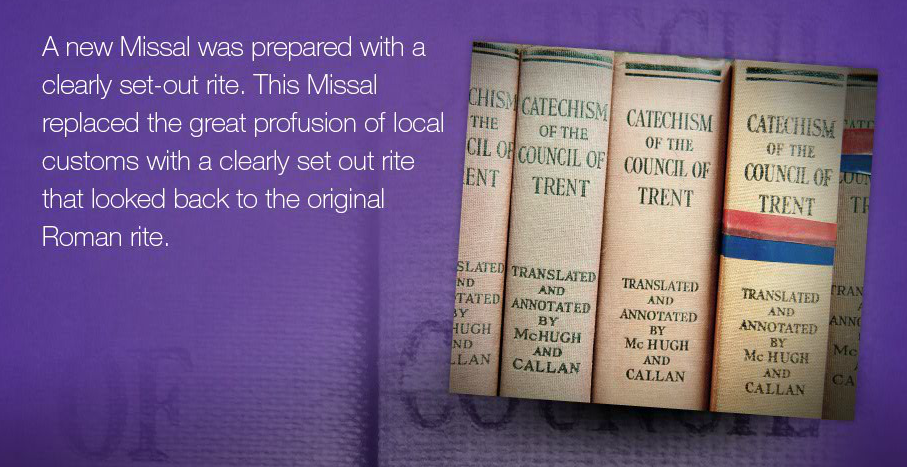 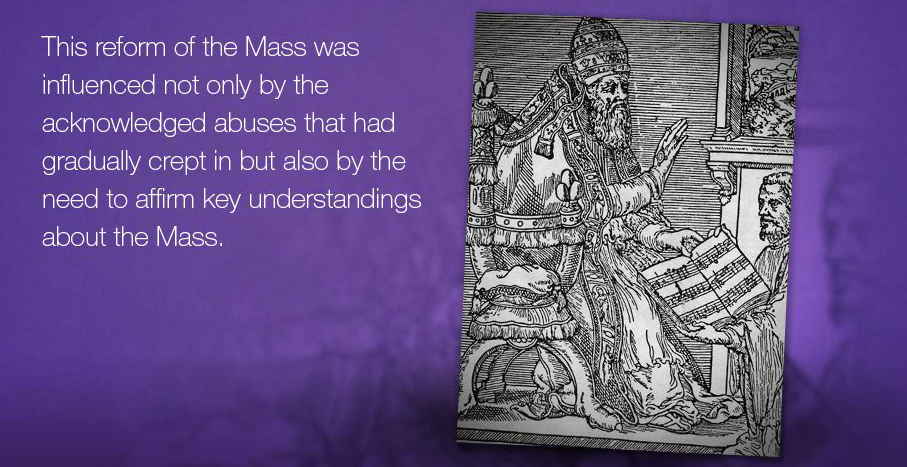 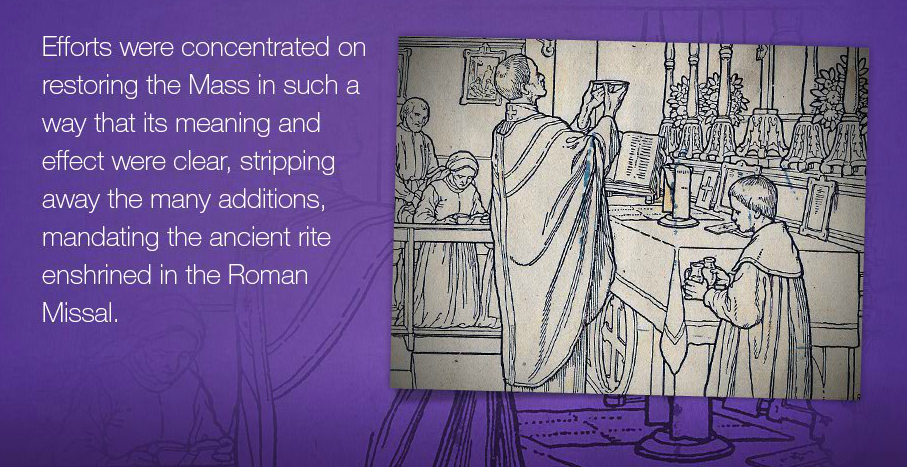 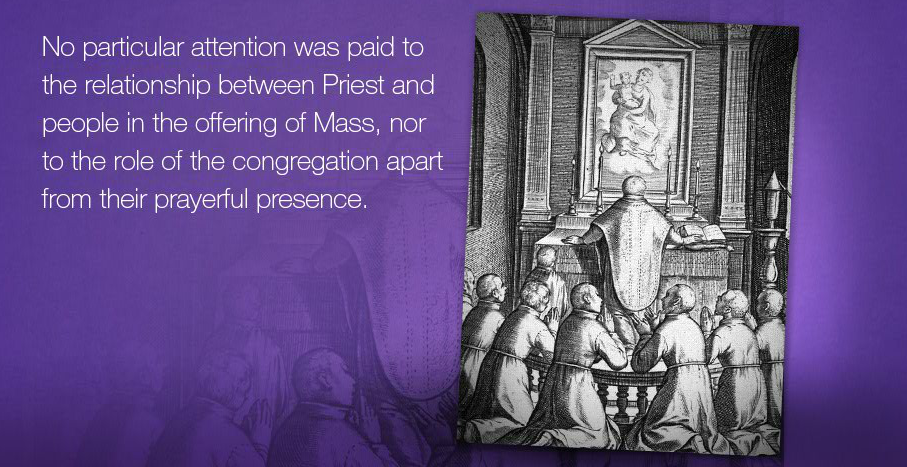 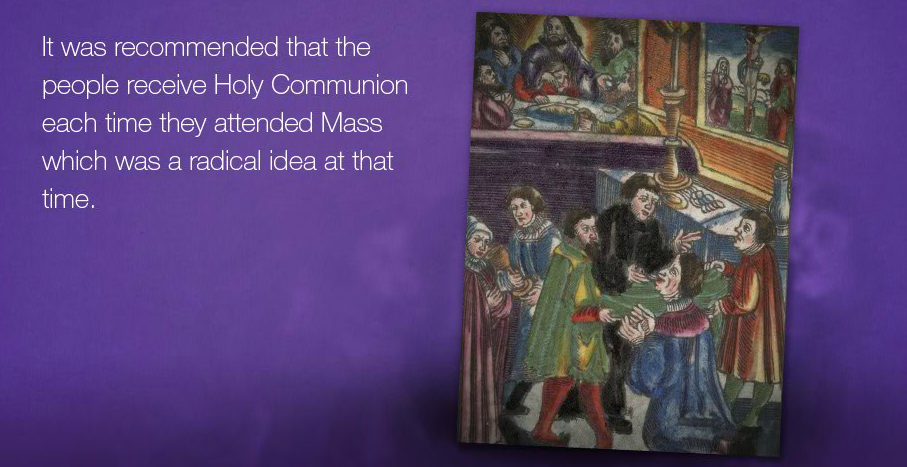 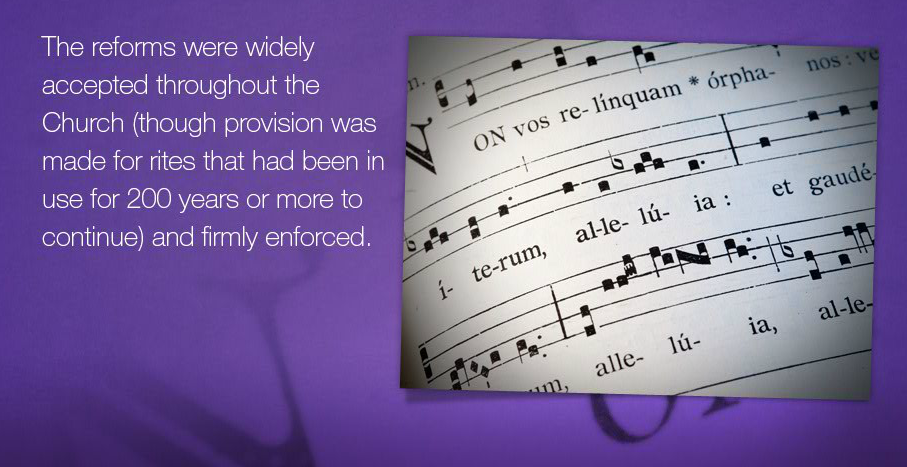 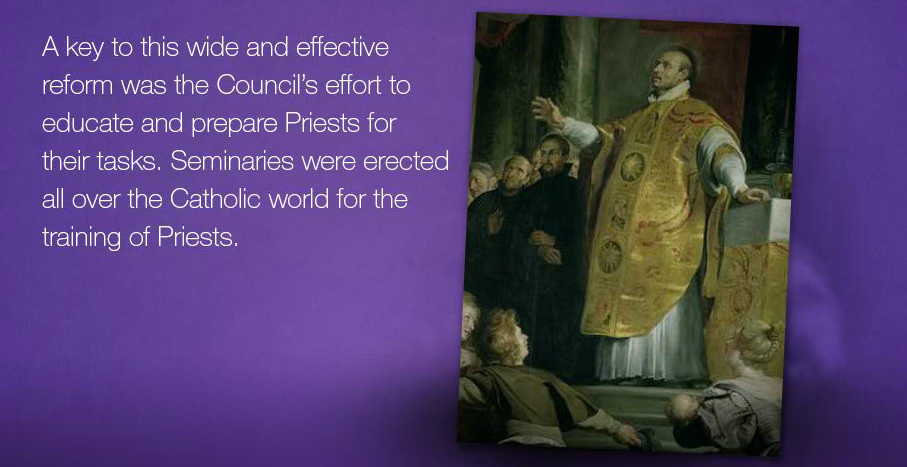 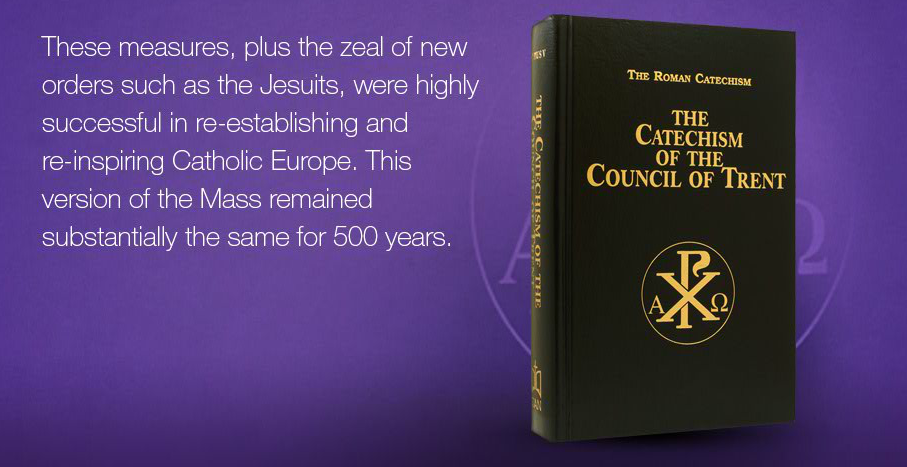 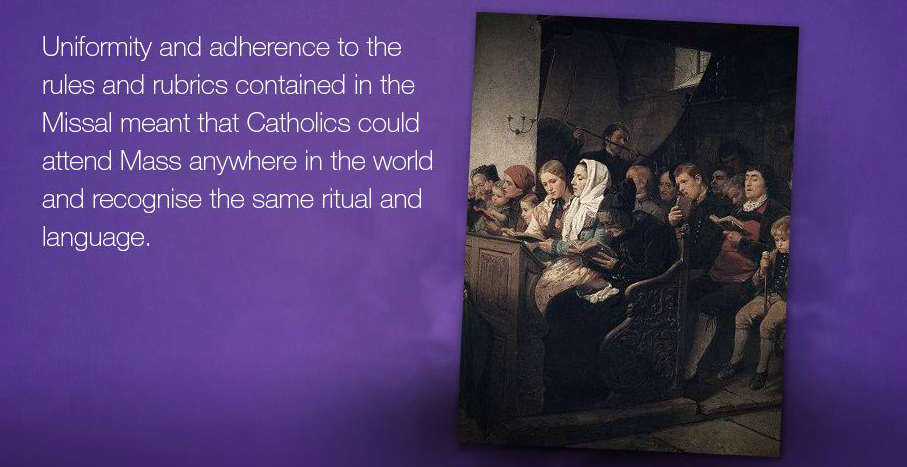 Towards the end of the Middle Ages, many Bishops and leaders were calling for reform.

Towards the end of the Middle Ages, many Bishops and leaders were calling for reform of Church life and order but sadly it was not until after the Protestant Reformation that the Council of Trent was called and the Catholic Church itself undertook a thorough reform, including a reform of the Mass.

A new Missal was prepared which set out the ritual for Mass and purified it of many of the accretions and additions of the medieval period. This Missal replaced the great profusion of local customs with a clearly set out rite that looked back, not yet to the earliest celebrations of the Mass in the first centuries, but to the original Roman rite.

This reform of the Mass was influenced not only by the acknowledged abuses that had gradually crept in but also by the need to affirm key understandings about the Mass against the challenges raised by the Protestant reformers.

These challenges principally concerned the denial of Mass as a sacrifice and the denial of the real presence of Christ in the Sacrament of the Eucharist. Efforts were concentrated on restoring the Mass in such a way that its meaning and effect were clear, stripping away the many additions, mandating the ancient rite enshrined in the Roman Missal.

No particular attention was paid to the relationship between Priest and people in the offering of Mass, nor to the role of the congregation apart from their prayerful presence.

However, it was recommended that the people receive Holy Communion each time they attended Mass which was a radical idea at that time. The possibility of celebrating Mass in the vernacular was discussed but was not introduced.

The reforms were widely accepted throughout the Church (though provision was made for rites that had been in use for 200 years or more to continue) and firmly enforced.

A key to this wide and effective reform was the Council’s effort to educate and prepare Priests for their tasks. Seminaries were erected all over the Catholic world for the training of Priests.

These measures, plus the zeal of new orders such as the Jesuits, were highly successful in re-establishing and re-inspiring Catholic Europe. This version of the Mass remained substantially the same for 500 years.

Uniformity and adherence to the rules and rubrics contained in the Missal meant that Catholics could attend Mass anywhere in the world and recognise the same ritual and language. However, the role of the people was still simply to pray along silently at Mass either with a rosary or a prayer book or as best they could. The great abuses disappeared and the Mass was restored, sublime, especially when augmented by the music of Palestrina and other musical masters of the 16th and 17th century, but a Mass in which only the Priest, his assistant ministers and the choir had an active part.

What were the achievements of the Council of Trent?

Research one of the new religious orders founded during this period. Consider their role in relation to the reforms of the Council of Trent.

Foley, E., From Age to Age: How Christians Celebrated the Eucharist, Chicago LTP, 1991