Christianity in the public domain 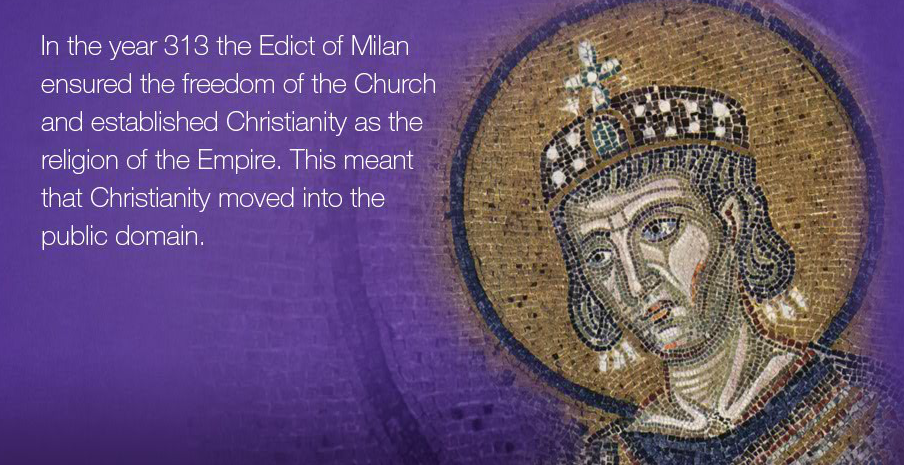 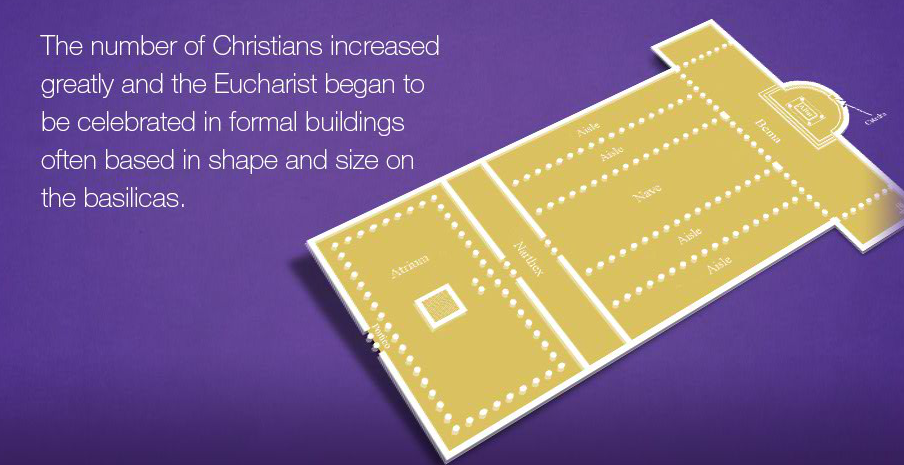 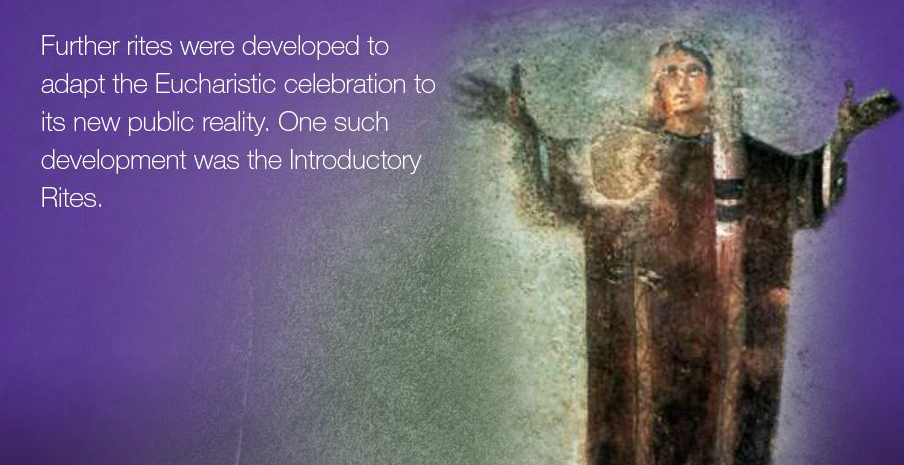 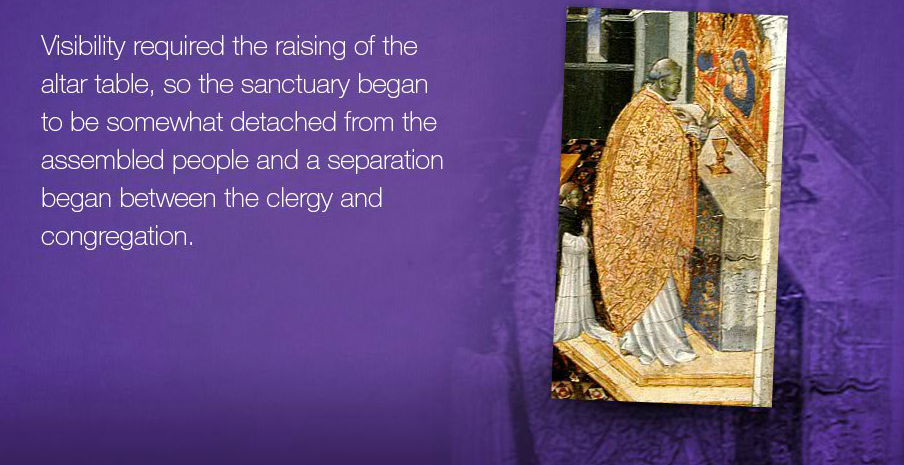 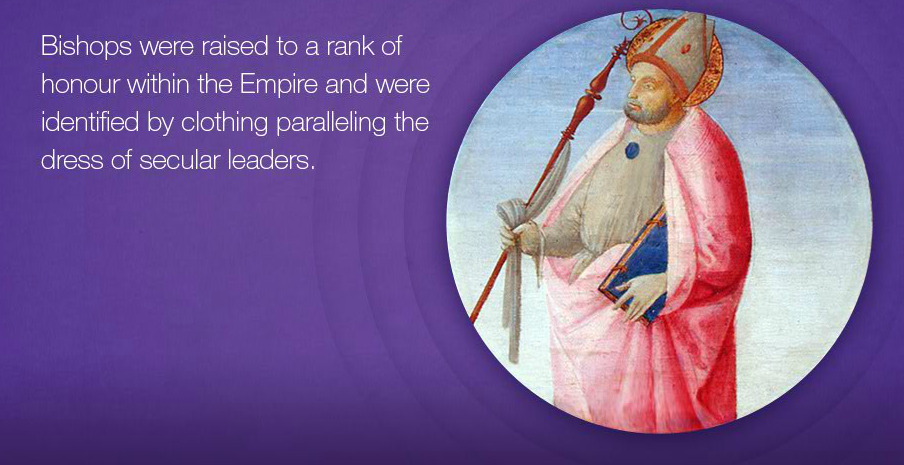 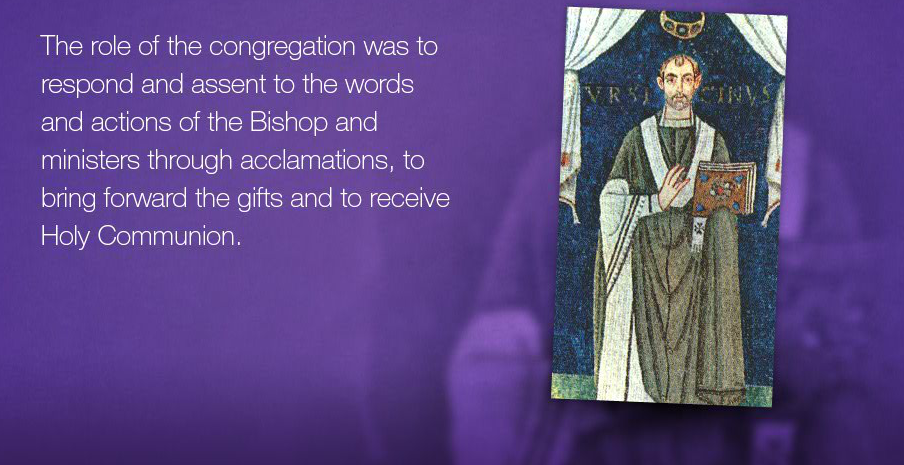 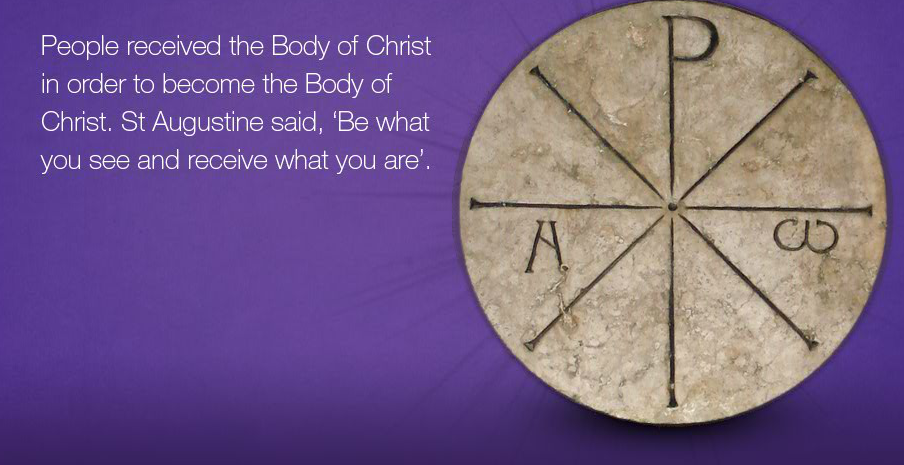 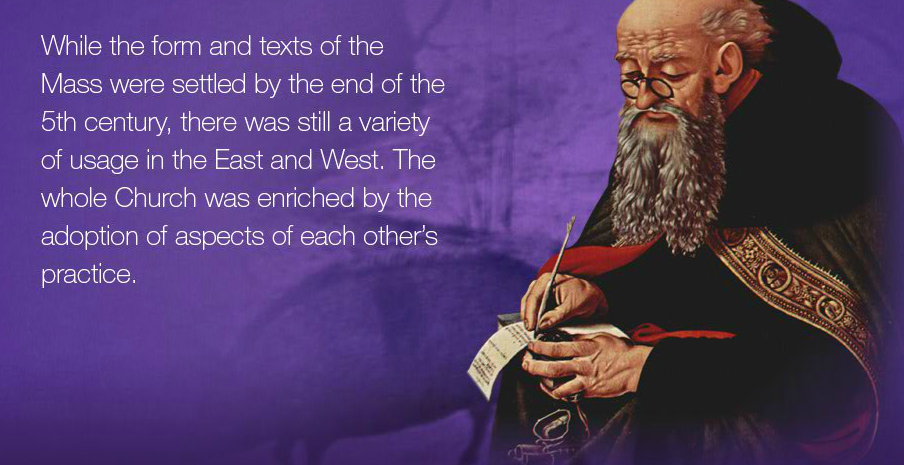 RELIGION OF THE EMPIRE

In the year 313 the Edict of Milan ensured the freedom of the Church and established Christianity as the religion of the Empire. This meant that Christianity moved into the public domain.

The number of Christians increased greatly and the Eucharist began to be celebrated in formal buildings often based in shape and size on the basilicas, large rectangular buildings where people gathered for meetings and to conduct public affairs.

Further rites were developed to adapt the Eucharistic celebration to its new public reality. In a small domestic celebration of the Eucharist there is less need for formal introductory rites as people simply gather, and prayers and readings can begin immediately, but at a large formal gathering, rites to prepare people and mark the starting point of a ceremony are much more necessary hence the development of Introductory Rites at the Eucharist.

More formal ceremonies demand more formal texts and a definite structure. So the order of the Mass became standard and texts for the Eucharistic Prayers began to be written down rather than spontaneous.

Visibility required the raising of the altar table, so the sanctuary began to be somewhat detached from the assembled people and a separation began between the clergy and congregation.

During this period Mass began to be celebrated facing to the East in expectation of Christ, ‘the rising sun’: the people faced east, the Priest at their head and the altar tables were often set in an apse against the eastern wall.

Bishops were raised to a rank of honour within the Empire and were identified by clothing paralleling the dress of secular leaders.

Processions developed naturally as Bishops and ministers entered the body of the Church and moved through the people to the sanctuary.

Especially in the East, torches, candles and incense became part of the liturgy and spread throughout the Church and song accompanied these processions.

After a greeting the readings began. The role of the congregation was to respond and assent to the words and actions of the Bishop and ministers through acclamations both spoken and sung, to bring forward the gifts of bread and wine and gifts for the poor at the commencement of the Eucharistic liturgy, and to come forward to receive Holy Communion.

While the form and texts of the Mass were settled by the end of the 5th century, there was still a variety of usage throughout both East and West and the liturgical life of the whole Church was enriched by the adoption of aspects of each other’s practice. A good example of this is the development of Holy Week. Liturgies honouring the key events of the last week in the life of Jesus began in the Church at Jerusalem and gradually spread to the whole Church.

When you think of ‘the Church’ do you think of it as an institution apart from yourself and your community, or as the group of people who gather together to celebrate the Eucharist in your parish or school? Explain why. Is it important that the Church has a public role as well as a spiritual role?

Changing circumstances invites new ways of doing things. What did the Church gain by becoming a public, recognised and honoured part of society? What did it lose?