Eucharist celebrated in houses, in homes and in secret 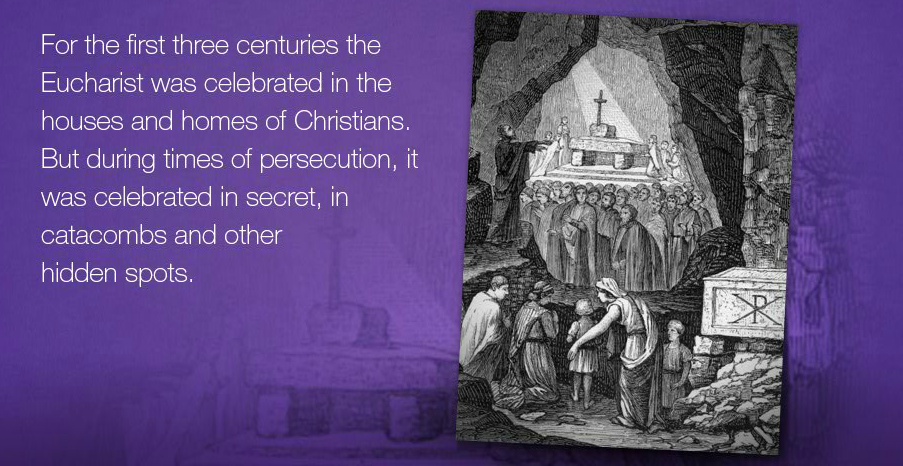 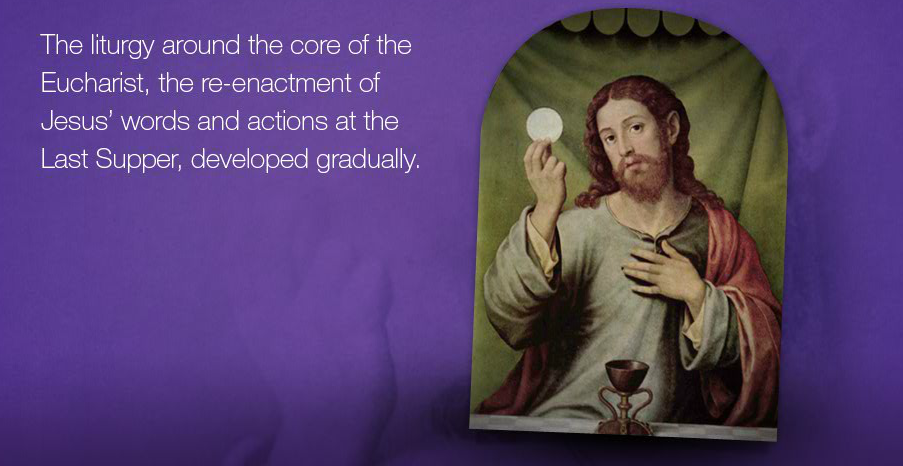 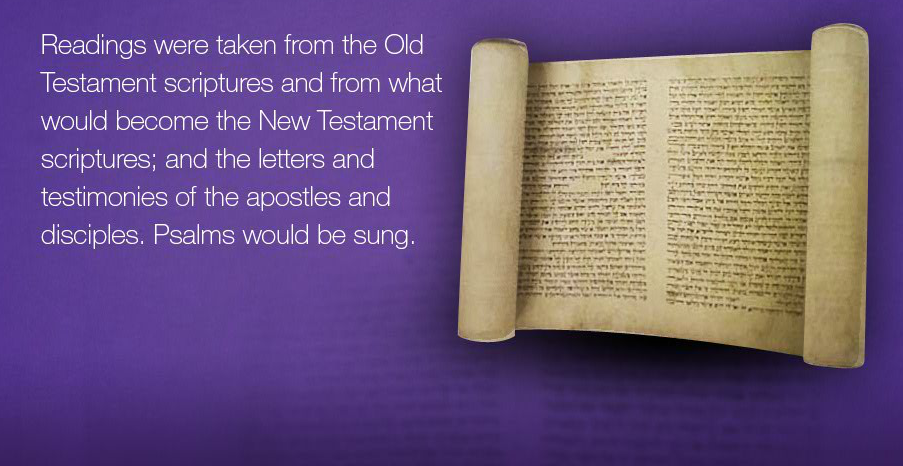 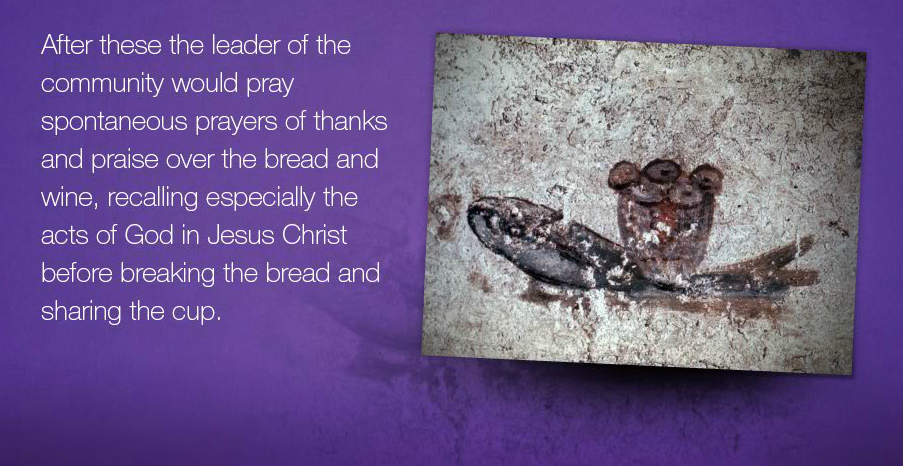 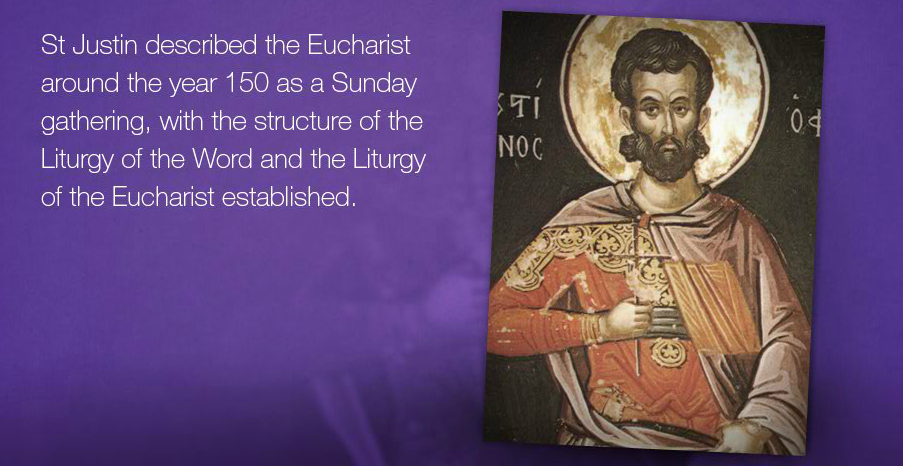 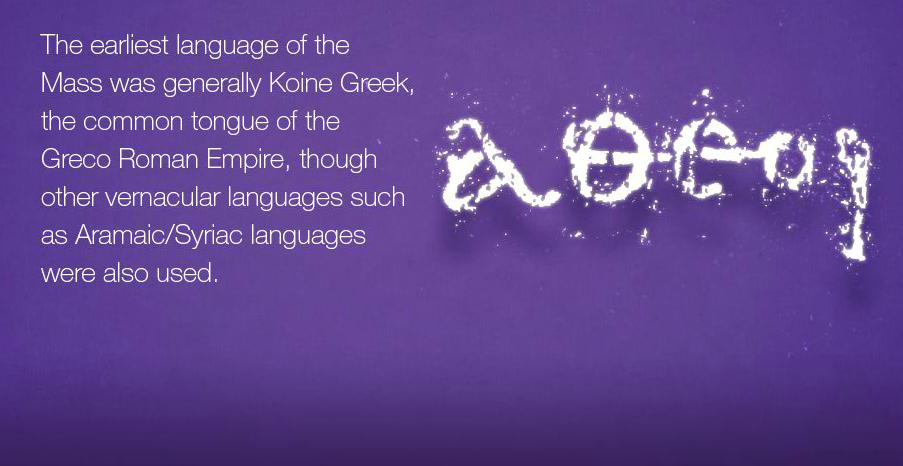 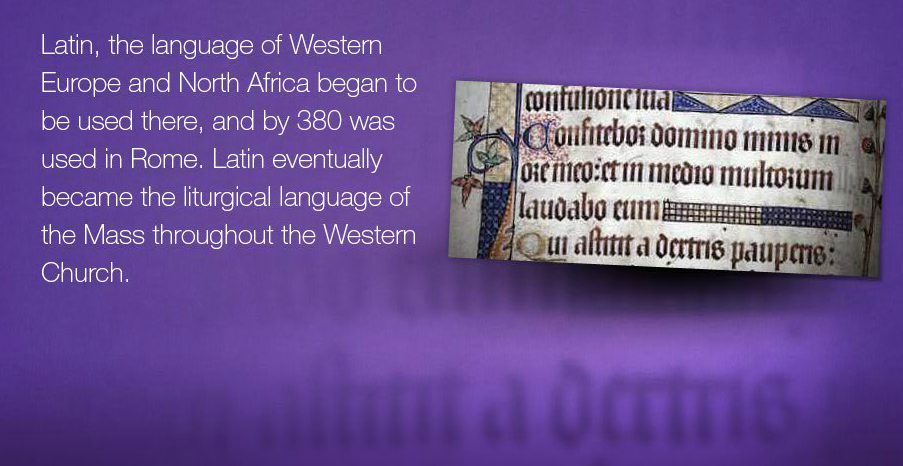 For the first three centuries the Eucharist celebrated in houses, in homes and in secret.

For the first three centuries the Eucharist was celebrated in the houses and homes of Christians. In times of persecution these celebrations would have been in secret, in catacombs and other hidden spots. At other times Christians gathered together openly in each others’ homes or in ‘house churches’ for the Eucharist though Mass was not celebrated publicly as it is in our own time.

The liturgy around the core of the Eucharist, the re-enactment of Jesus’ words and actions at the Last Supper, developed gradually. Christians borrowed from the Jewish synagogue ritual a service of readings and prayers which preceded the taking, blessing and breaking of the bread.

This is how St Justin described the Eucharist around the year 150:

On Sunday we have a common assembly of all our members, whether they live in the city or the outlying districts. The recollections of the apostles or the writings of the prophets are read, as long as there is time. When the reader has finished, the president of the assembly speaks to us; he urges everyone to imitate the examples of virtue we have heard in the readings. Then we all stand up together and pray. On the conclusion of our prayer, bread and wine and water are brought forward. The president offers prayers and gives thanks to the best of his ability, and the people give assent by saying, “Amen”. The Eucharist is distributed, everyone present communicates, and the deacons take it to those who are absent.

What is the linguistic origin of these liturgical words and what do they mean – Eucharist, Alleluia, Kyrie Eleison, Maranatha, Mass, Agnus Dei, Deacon? What do they tell us about the origins of the Eucharist?

How is the ministry of Bishops and Priests now similar to their role then? How do they differ?

Look carefully at the images of the Eucharist depicted in the catacombs and notice who the participants are and what they are doing. What would they think of the way Eucharist is celebrated today? What can we learn from them? Do you think most Catholics today would risk their lives to celebrate the Eucharist? Give reasons for your answers.