The Christianisation of most of Europe 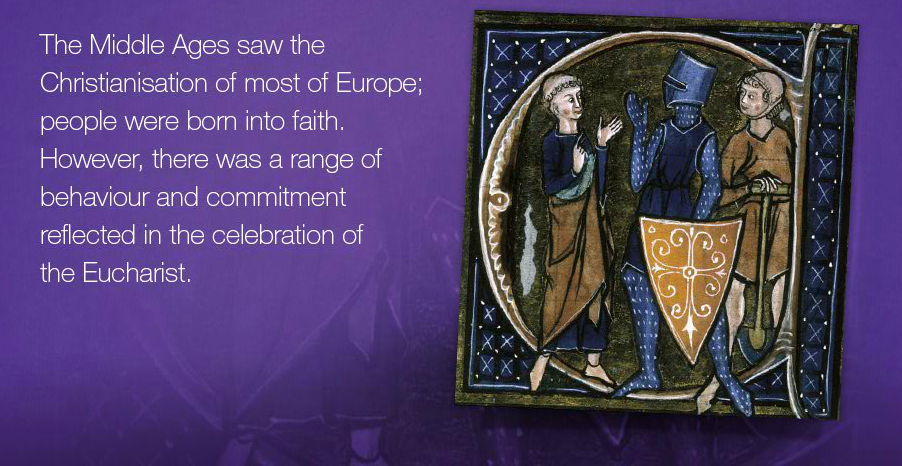 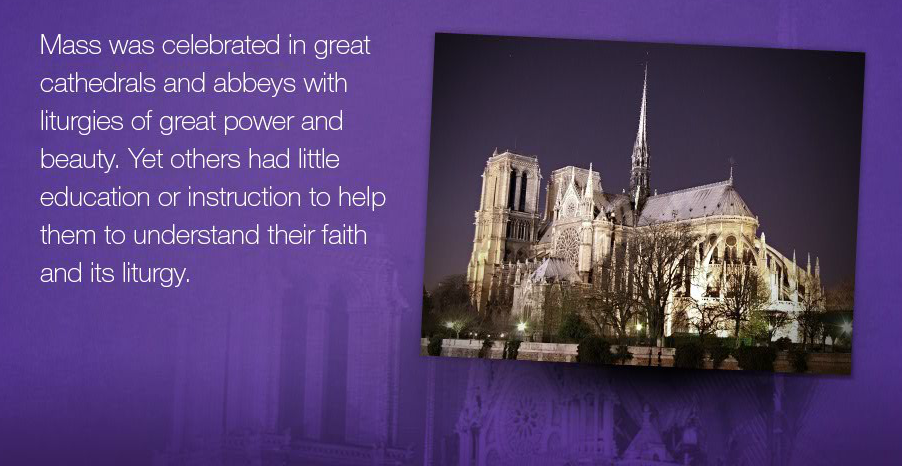 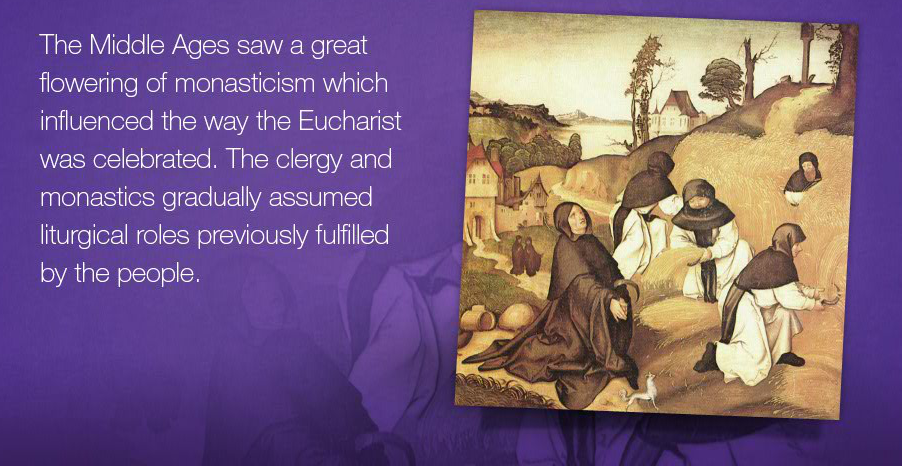 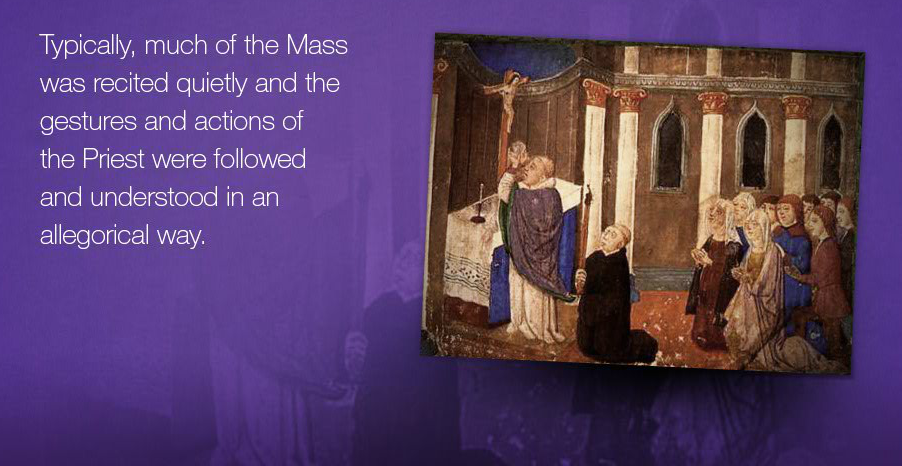 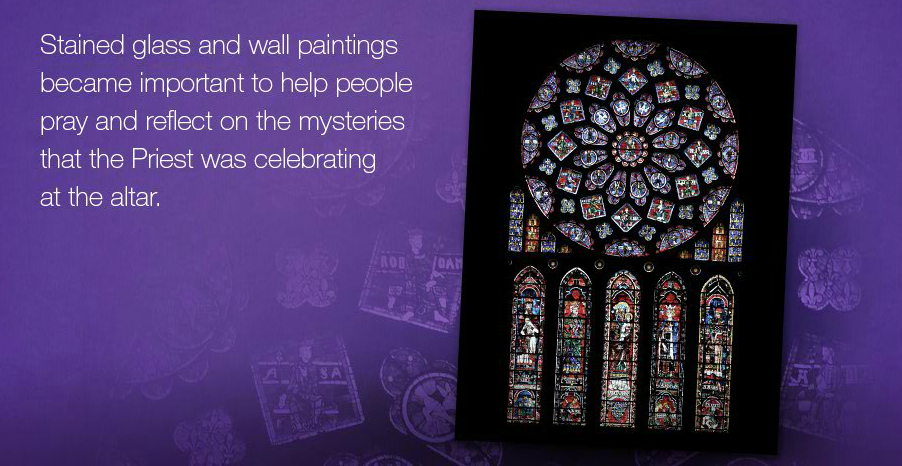 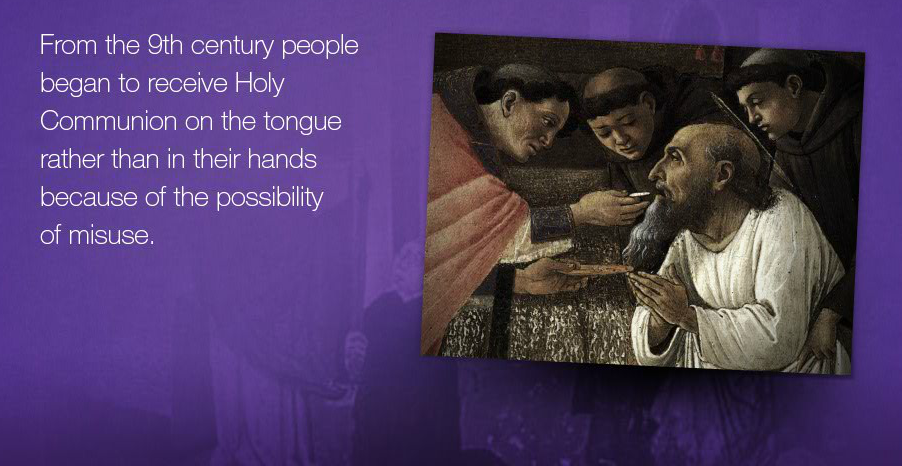 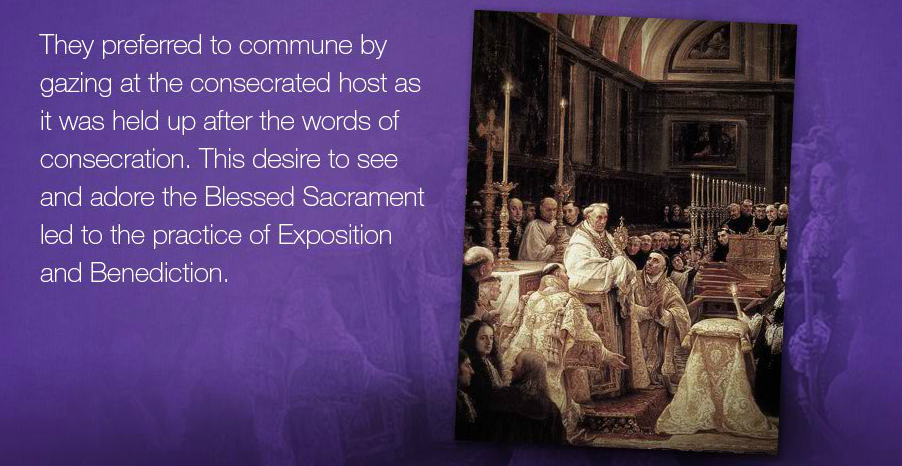 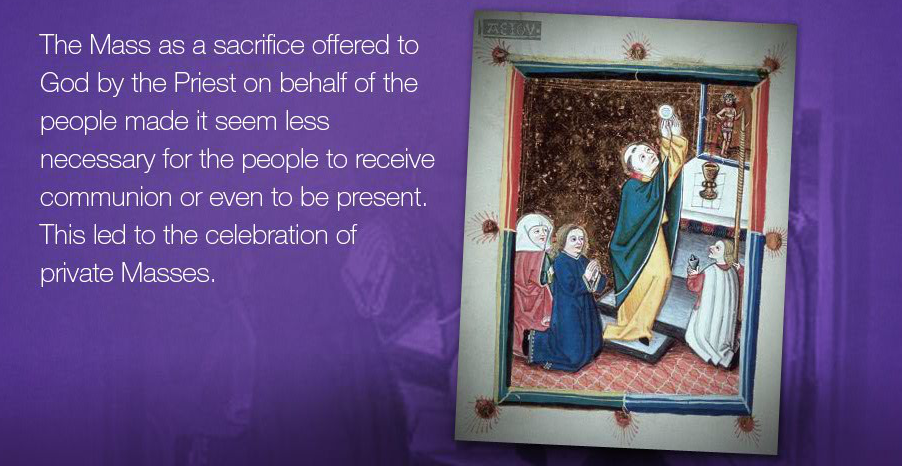 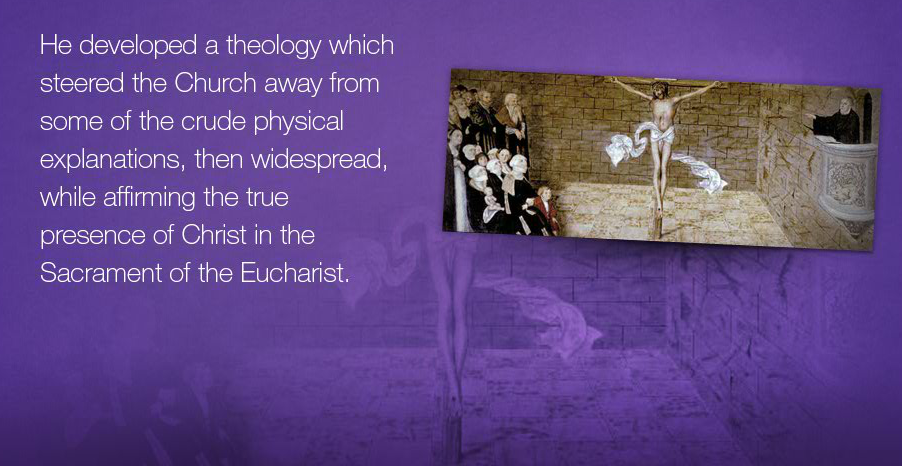 The Middle Ages saw the Christianisation of most of Europe. People were born into faith as they were born into society. And, as in any society, there was a range of behaviour and commitment reflected in the celebration of the Eucharist.

On the one hand, Mass was celebrated in great cathedrals and abbeys with liturgies of great power and beauty. On the other hand, some Priests and people had little education or instruction to help them to understand their faith and its liturgy.

In general, the Middle Ages saw a great flowering of monasticism which influenced the way the Eucharist was celebrated.

During this period the clergy and monastics gradually assumed liturgical roles previously fulfilled by the people. At Masses that were not sung, the Priest said all the prayers and readings himself and was responded to by minor clerics and eventually altar servers.

During the Middle Ages, stained glass and wall paintings became important to help people pray and reflect on the mysteries that the Priest was celebrating at the altar.

From the 9th century people began to receive Holy Communion on the tongue rather than in their hands because of the possibility of misuse. Later, in the 12th century, communion from the chalice was withdrawn in the West for the same reason.

Receiving Holy Communion at all became rare. Even from the time of late antiquity people had developed such a sense of awe about the Eucharist that they avoided receiving it.

During the Middle Ages they preferred to commune by gazing at the consecrated host as it was held up after the words of consecration. Later in the period this desire to see and adore the Blessed Sacrament led to the practice of Exposition and Benediction.

Moreover, the focus on the Mass as a sacrifice offered to God by the Priest on behalf of the people made it seem less necessary for the people to receive communion or even to be present. This led to the celebration of private Masses. People would pay Priests to say Masses for various intentions especially for the dead. Naturally this led in time to various abuses.

The problem of lack of proper preparation and education of Priests in some places, the proliferation of local customs and extra texts added to or deleted from the Mass added to the confusion.

Despite all this, the Mass did remain the mainstay of Catholic life, and the Middle Ages saw the emergence of one of the great theologians of the Eucharist, St Thomas Aquinas.

He made brilliant use of the new learning of his era to develop a theology which steered the Church away from some of the crude physical explanations, then widespread, while affirming the true presence of Christ in the Sacrament of the Eucharist.

‘Transubstantiation’  is a word derived from the Greek philosophical tradition to explain the ‘how’ of the real presence of Christ in the Eucharist. St Thomas Aquinas, drawing on the learning of his period, used this word to respond to the questions of his age. What questions do 21st century Catholics have about the Eucharist?

Brainstorm all the connotations of the word ‘sacrifice’. How do they help you understand what we celebrate at the Eucharist?

To get a sense of the beauty and richness of the Eucharist in the Middle Ages, listen to some Gregorian chant or look at some of the art and architecture of the period.

Foley, E., From Age to Age: How Christians Celebrated the Eucharist, Chicago LTP, 1991