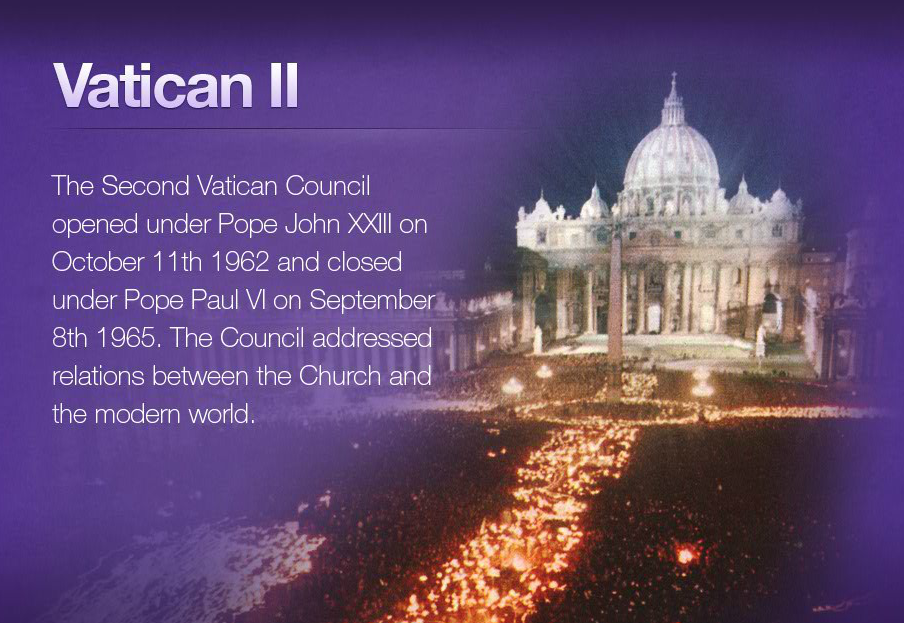 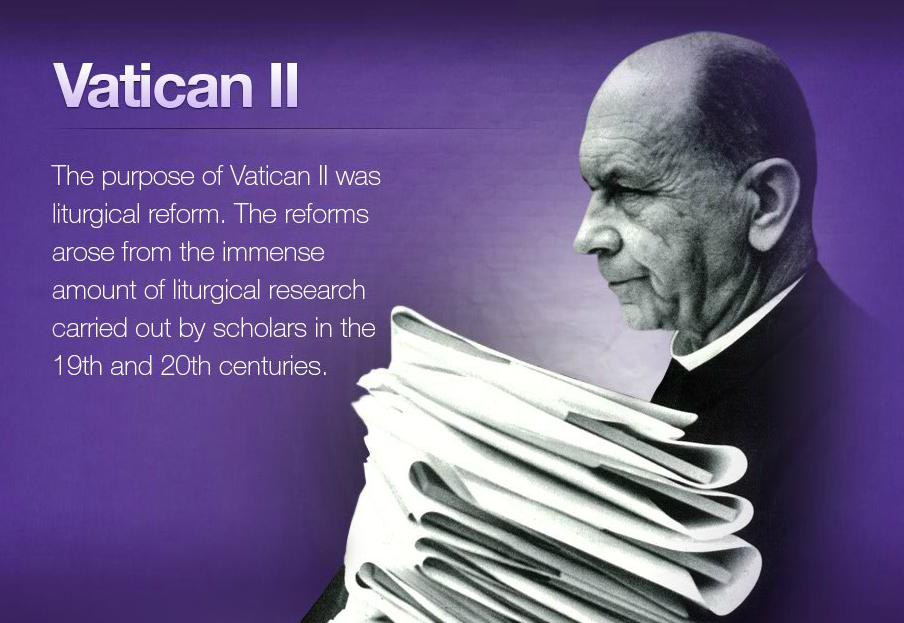 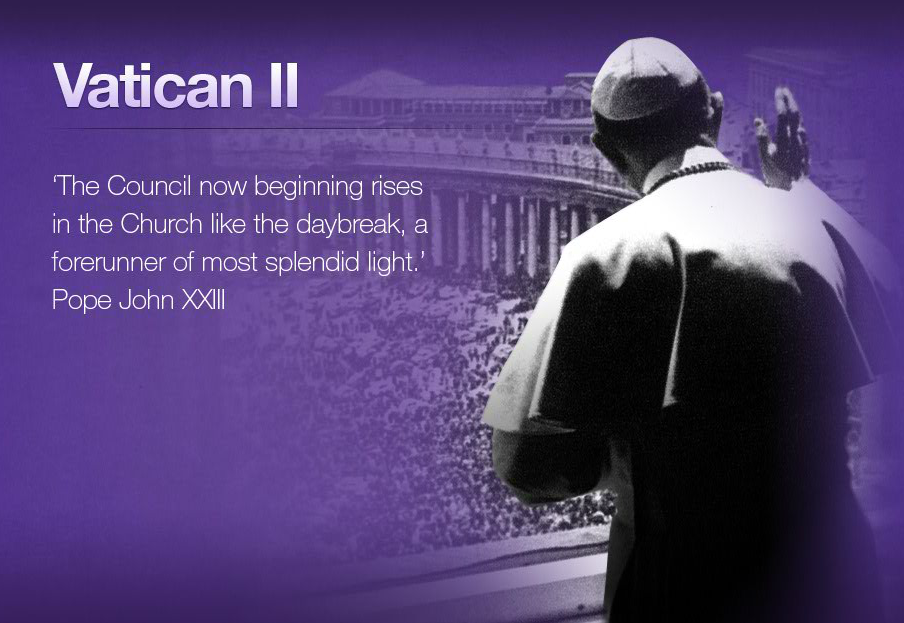 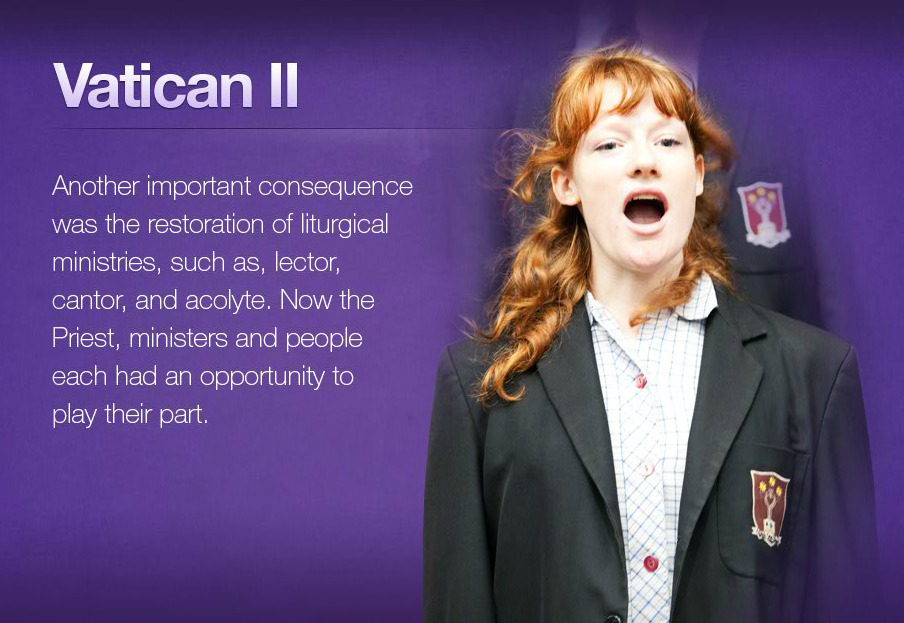 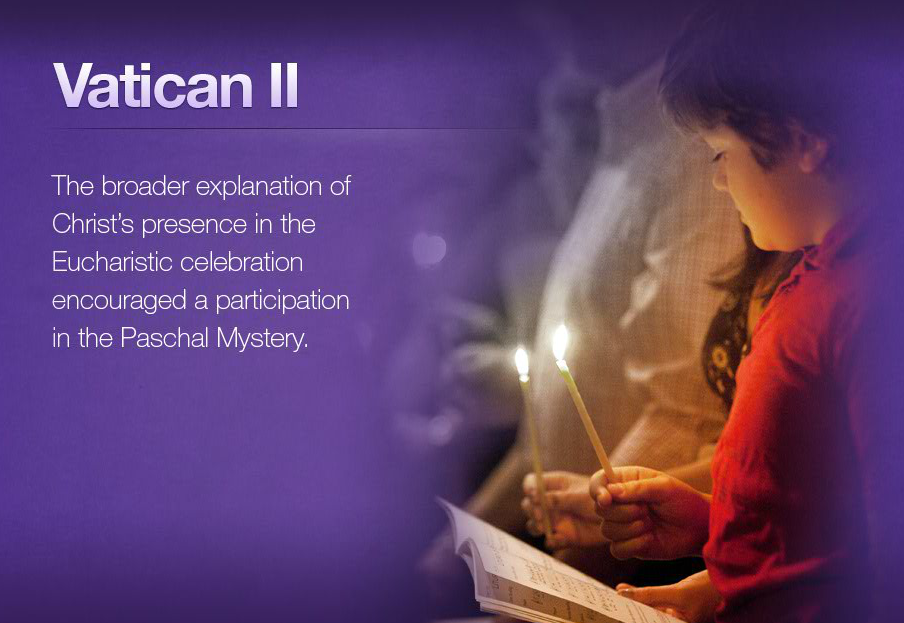 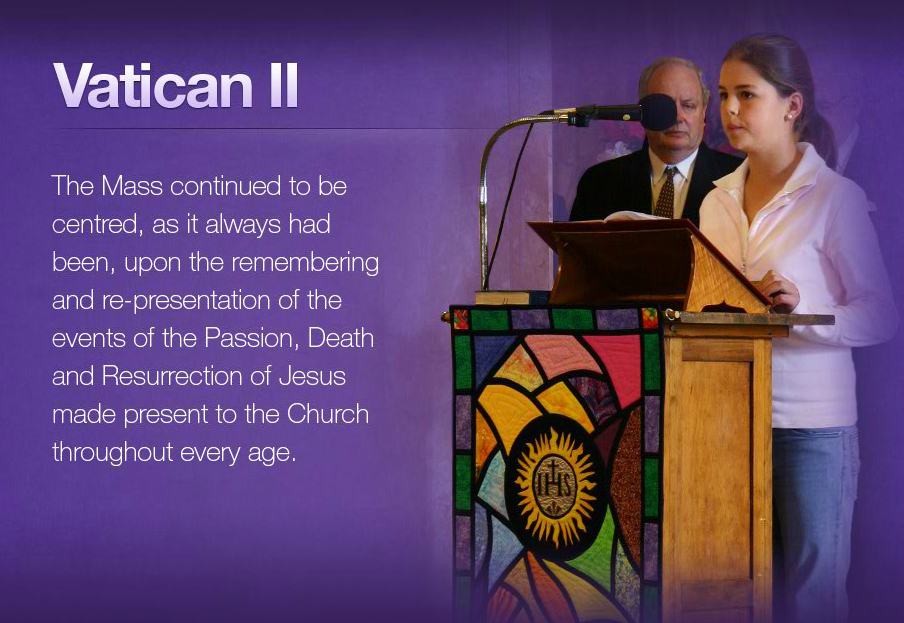 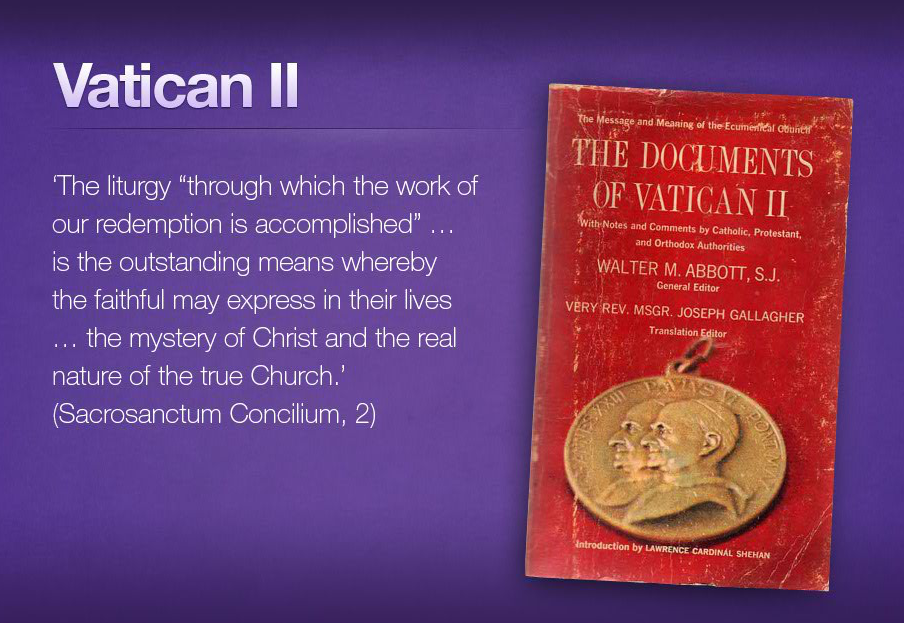 The liturgical reforms of Vatican II proclaimed the Mass as ‘source and summit of Christian life’ and encouraged the ‘full, conscious and active participation’ of all in the Eucharistic celebration.

The reforms arose from the immense amount of liturgical research carried out by scholars in the 19th and 20th centuries whose studies of the early Church had uncovered sources of ancient celebrations of the Eucharist.

There was a great desire at Vatican II to return to these sources, to re-examine and reappropriate the twin fountains of Church life, Scripture and Tradition, and to apply the insights gained to the liturgy of the contemporary Church.

The greatest effect of the Vatican II reform was the recovery of the liturgical role of the congregation at Mass and the restoration to the people of the responses, songs, acclamations and prayers appropriate to them.

Another important consequence was the restoration of liturgical ministries, lector, cantor, acolyte, for example, so that, led by the Priest, the Mass is clearly seen as an ordered act of praise and thanks to God in which Priest, ministers and people each play their part.

The broader explanation of Christ’s presence in the Eucharistic celebration – in the gathered people, in the proclaimed scripture, in the person of the presiding priest as well as pre-eminently in the elements of bread and wine – encouraged an understanding of the whole Mass as an opportunity of encounter with the Risen Lord and a participation in the Paschal Mystery, rather than focussing chiefly on the moments of consecration or Communion.

The Mass continued to be centred, as it always had been, upon the remembering and re-presentation of the events of the Passion, Death and Resurrection of Jesus made present to the Church throughout every age but it was now enriched with a fully developed Liturgy of the Word.

After readings from both Old and New Testaments interspersed with responses and acclamations and concluded by a homily (Liturgy of the Word), the Church carries out the command of Jesus at his Last Supper, bread and wine are taken, consecrated and shared among the people. They become Sacraments of the Body and Blood of the Lord by which all are fed and through which all are immersed in the identity of Christ and share in his mission to the world (Liturgy of the Eucharist). Introductory Rites lead into the Mass and a brief Concluding Rite brings it to an end. Catholics from the first centuries would immediately recognise the basic shape of this celebration.

Another important result of the Vatican II reform was the permission given for the Mass to be celebrated in vernacular languages rather than in Latin, and the audible praying of the Eucharistic Prayer. Congregations could immediately relate to what, for centuries, had been concealed and the People of God had a voice once again!

How do the people play an active part in the Mass today? The liturgical movement described by Sr Janet Baxendale (see ‘The Evolution of the Mass’: ‘Background to Liturgical Reform’ on the BOBOSC DVD Rom) had its roots in the rediscovery of early documents showing how the Eucharist, while led by the Priest, was an ordered celebration in which the people played an active part.

In what ways does celebrating Mass help Christians to ‘become one body, one Spirit in Christ’ and to live Jesus’ self giving death and share his resurrection?

Listen to Mgr Kevin Irwin speaking about the Paschal Mystery (see ‘Theological Reflections’ on the BOBOSC DVD Rom). What does the Paschal Mystery have to do with the ordinary highs and lows, joys and sufferings of our own lives (i.e. our own experiences of ‘dying’ and ‘rising’)?

What kind of understanding of the meaning of life does the Mass offer? 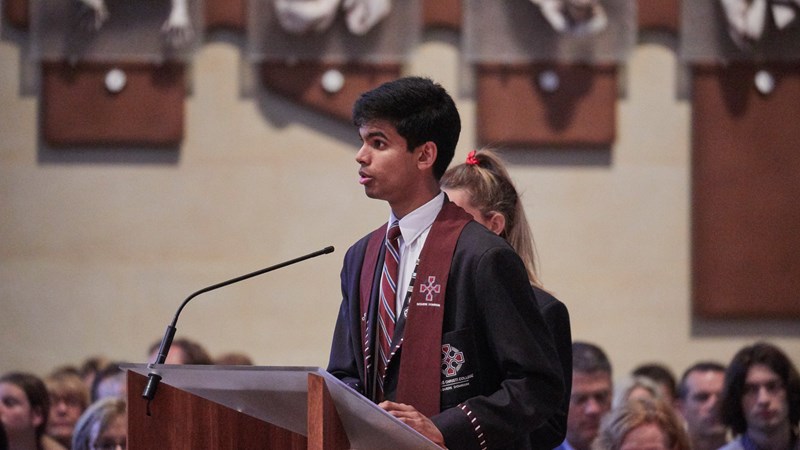