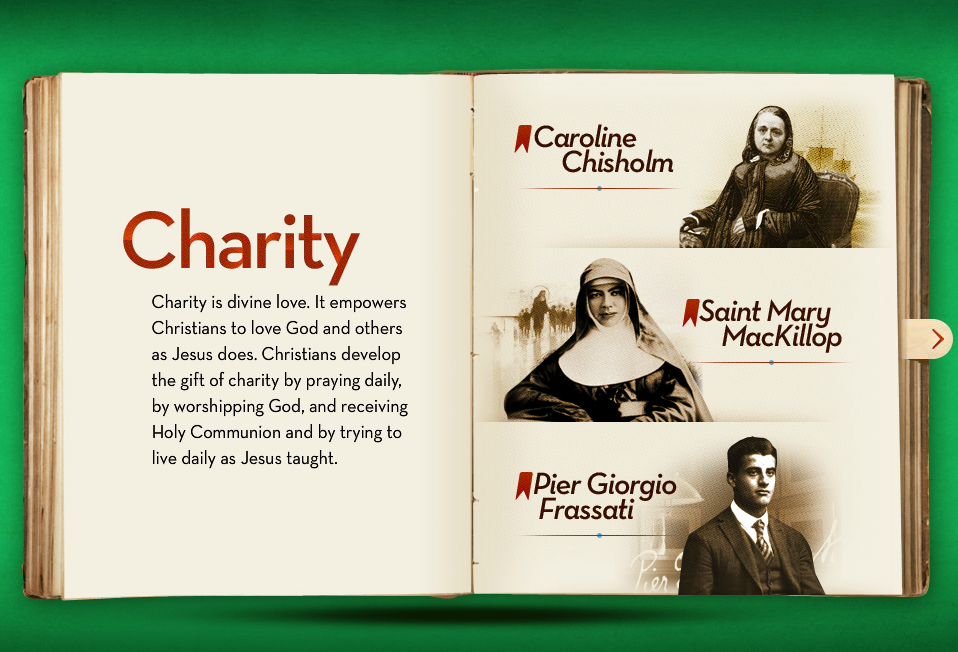 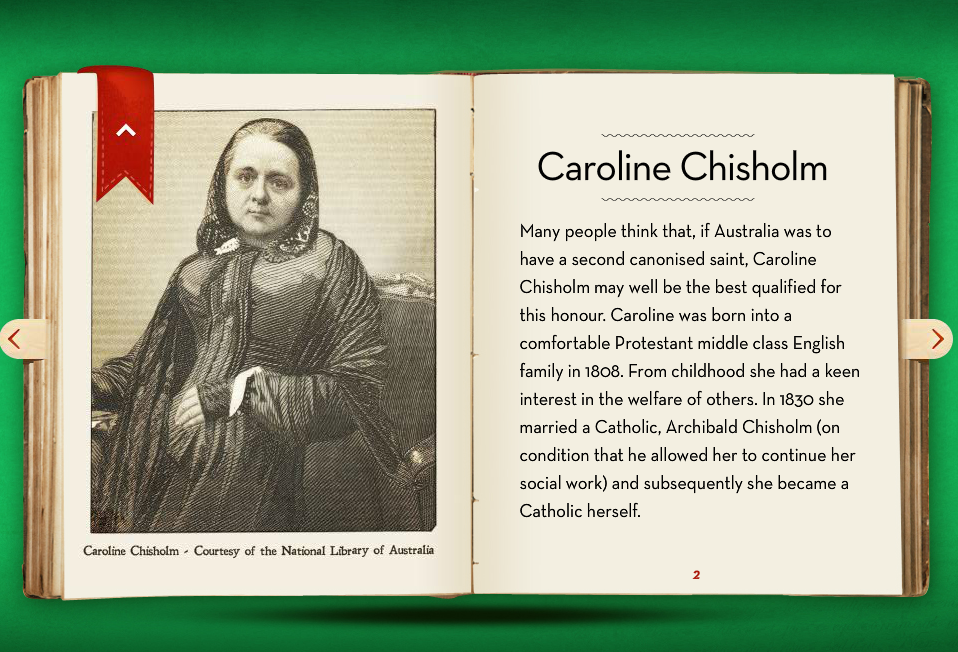 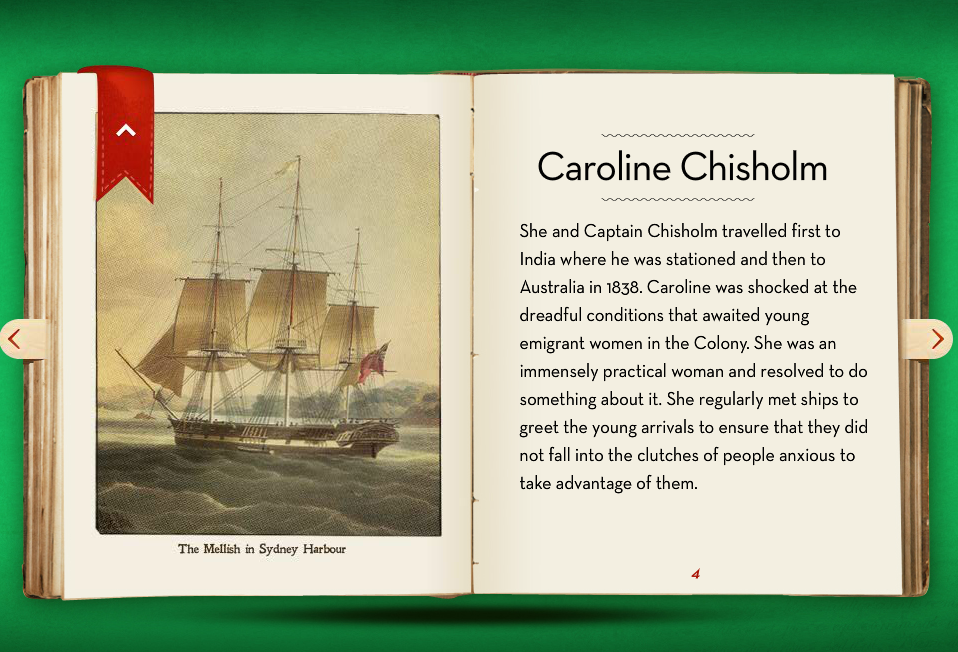 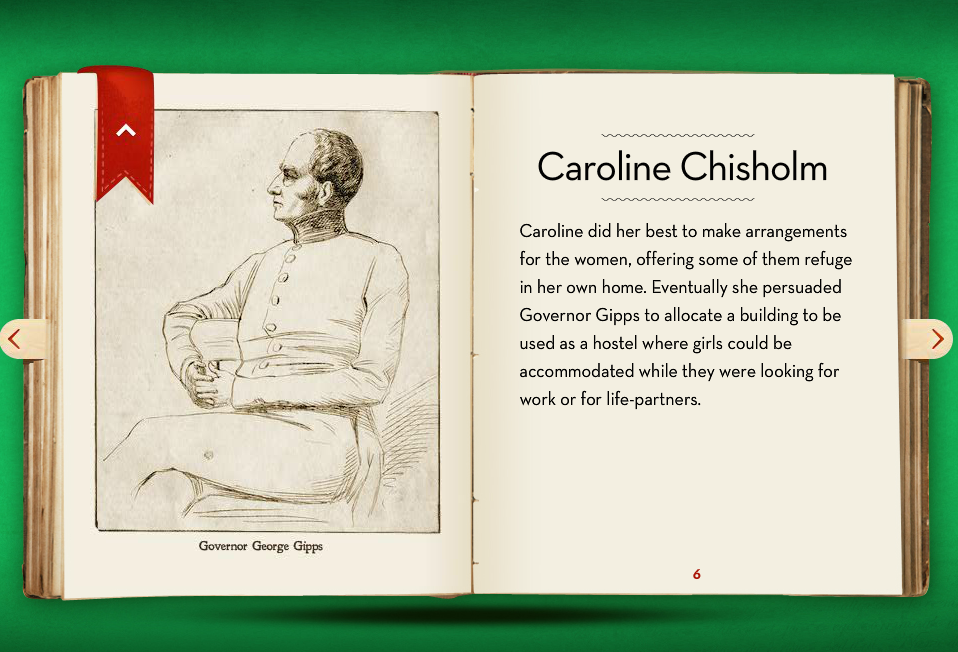 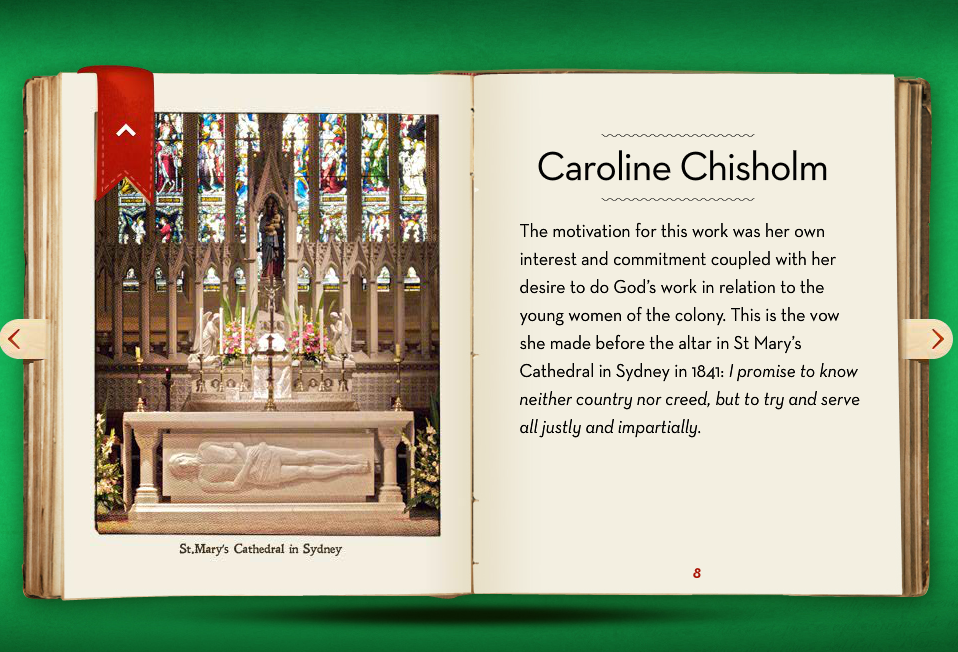 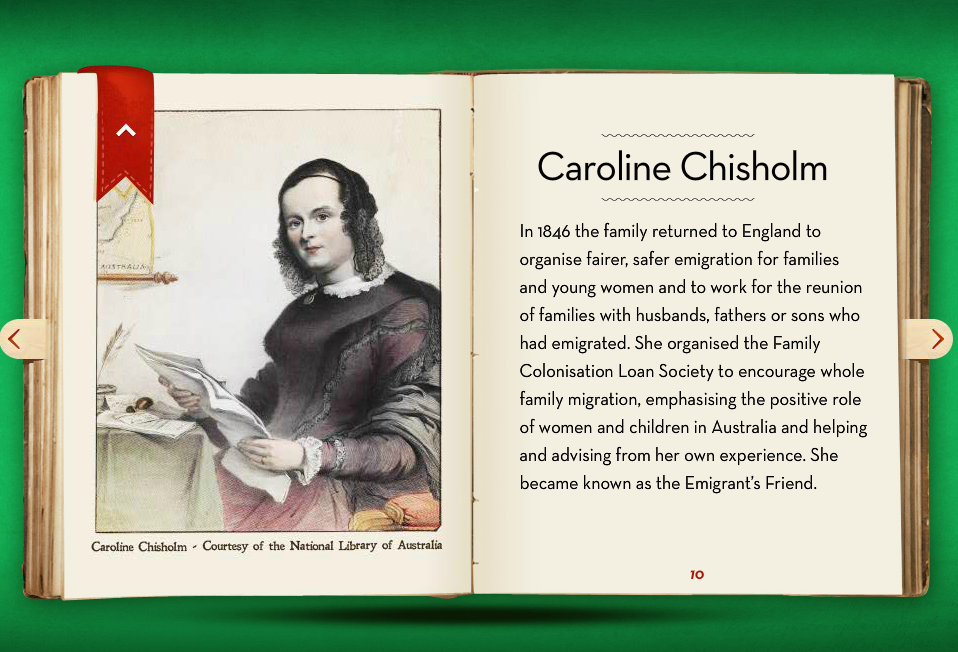 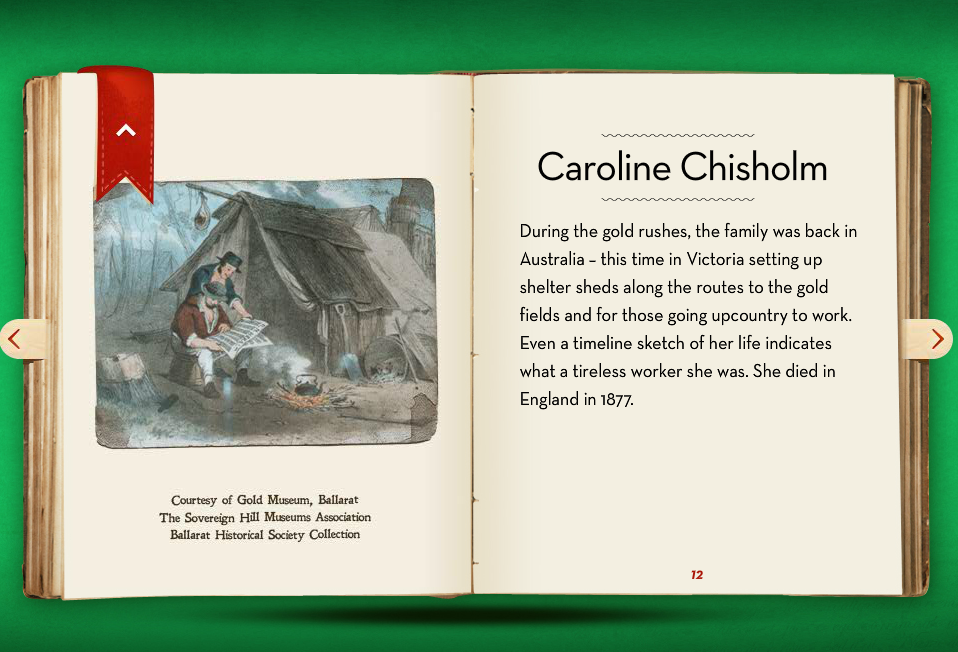 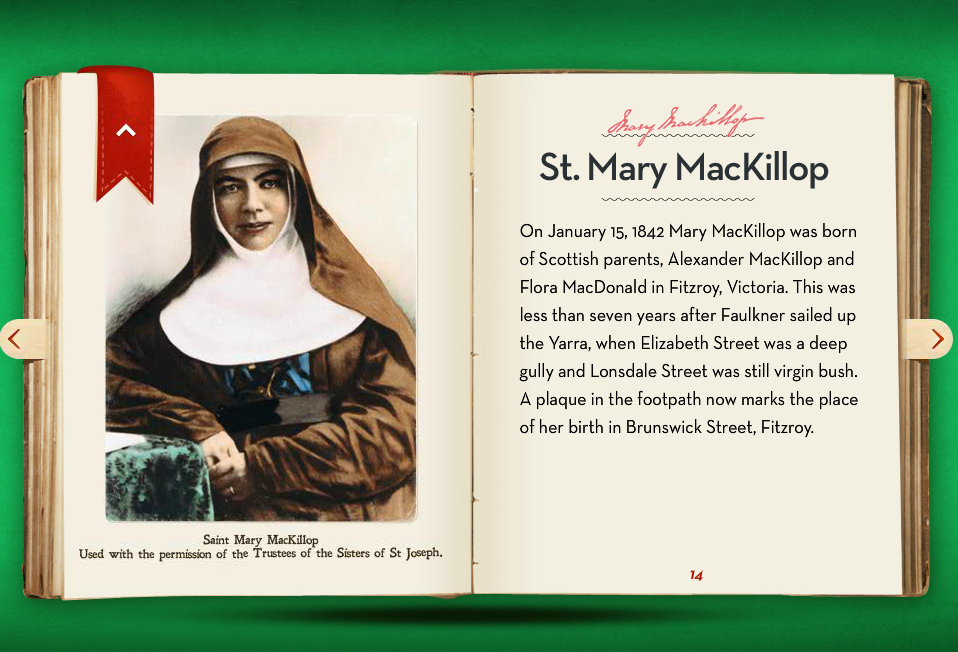 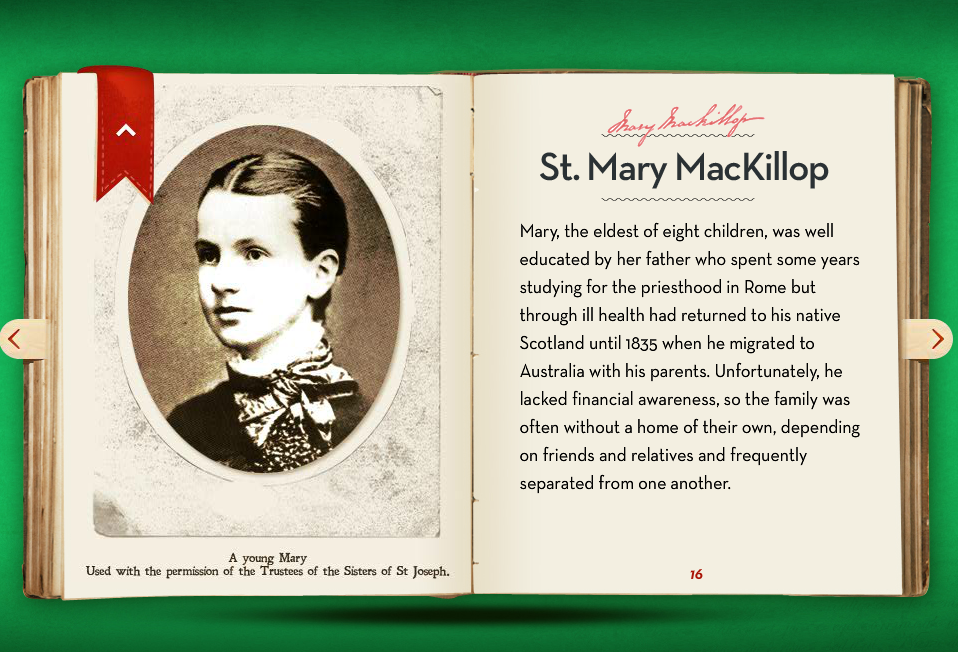 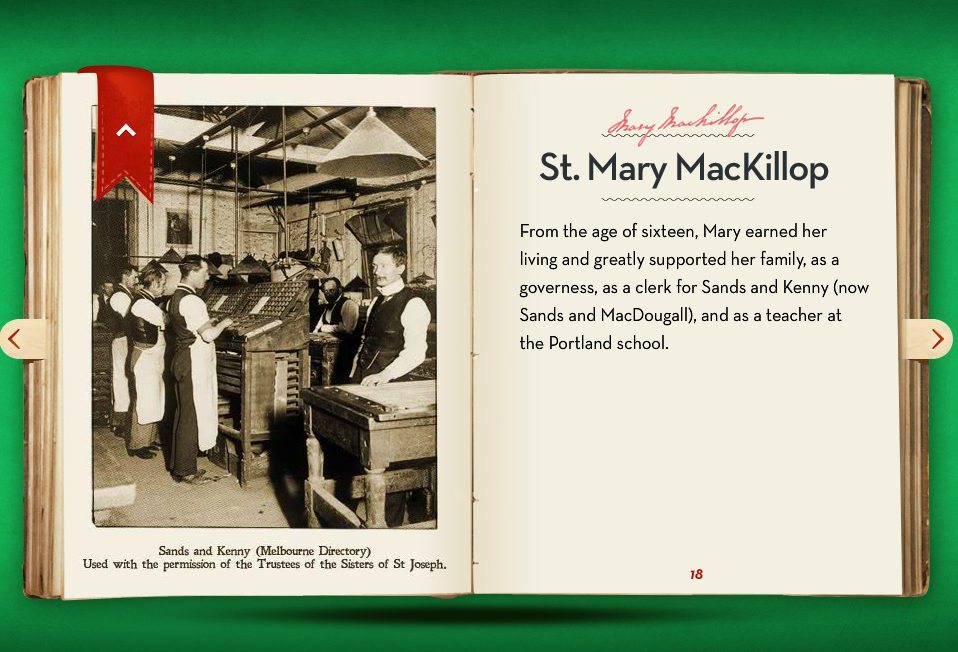 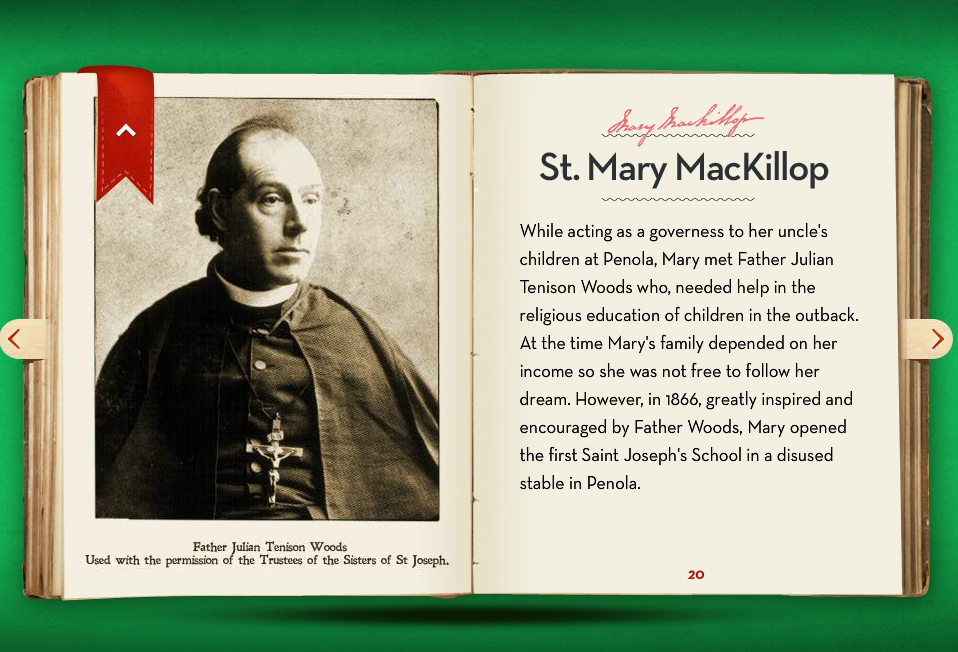 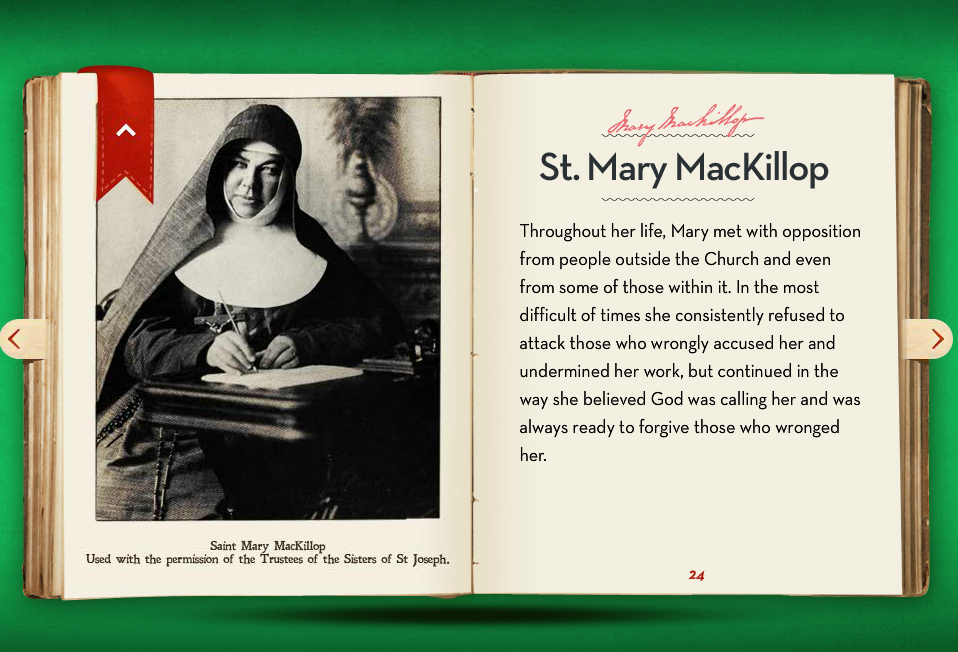 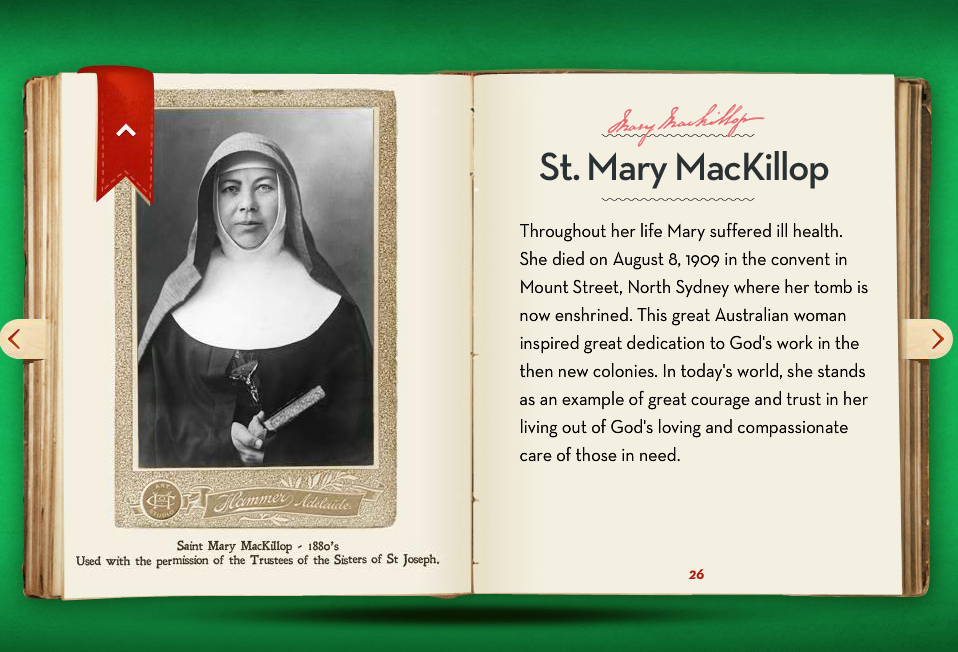 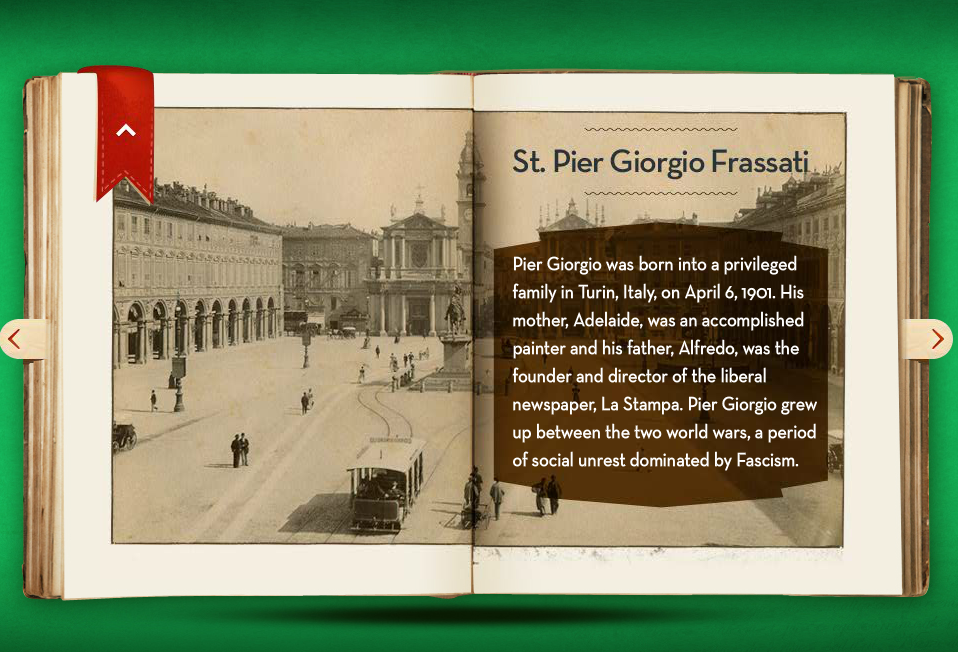 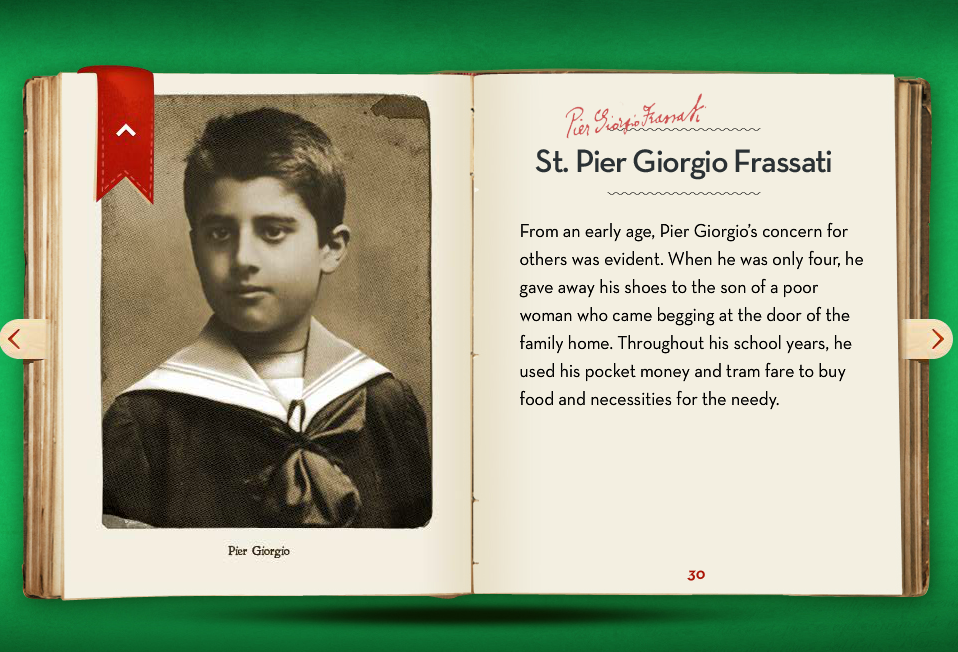 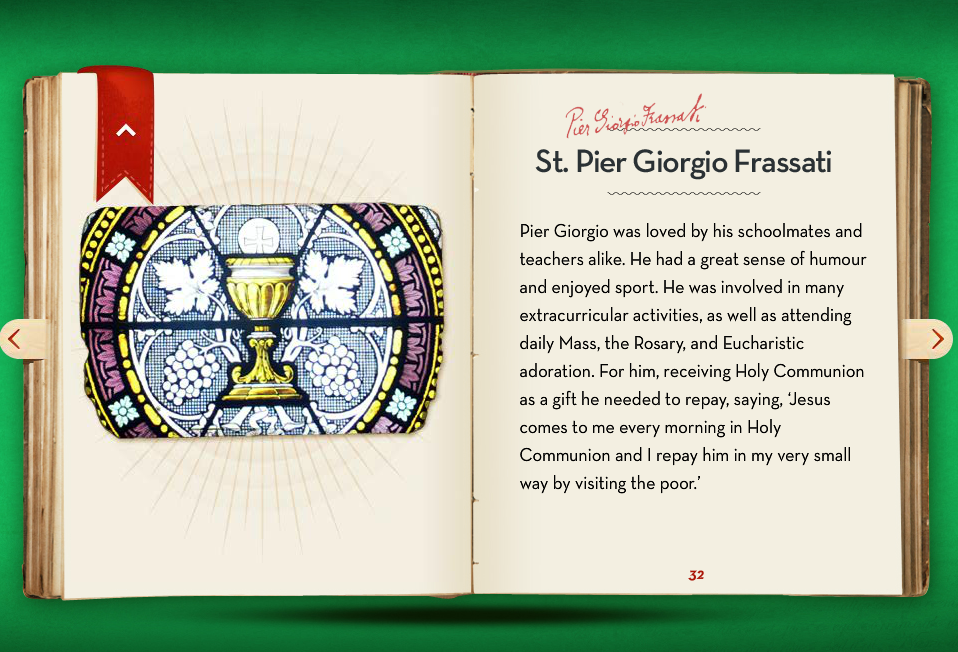 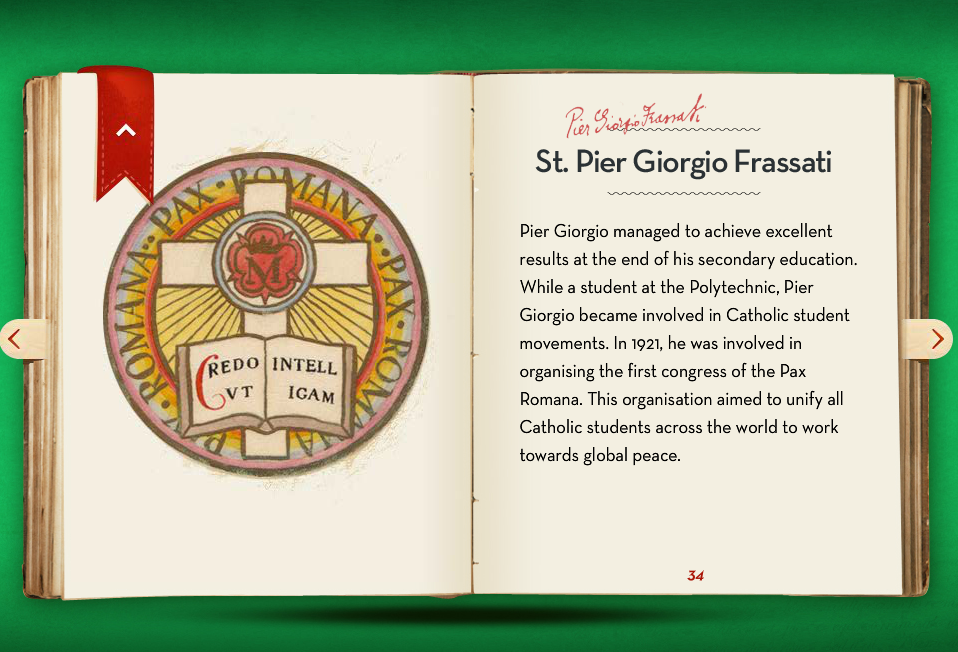 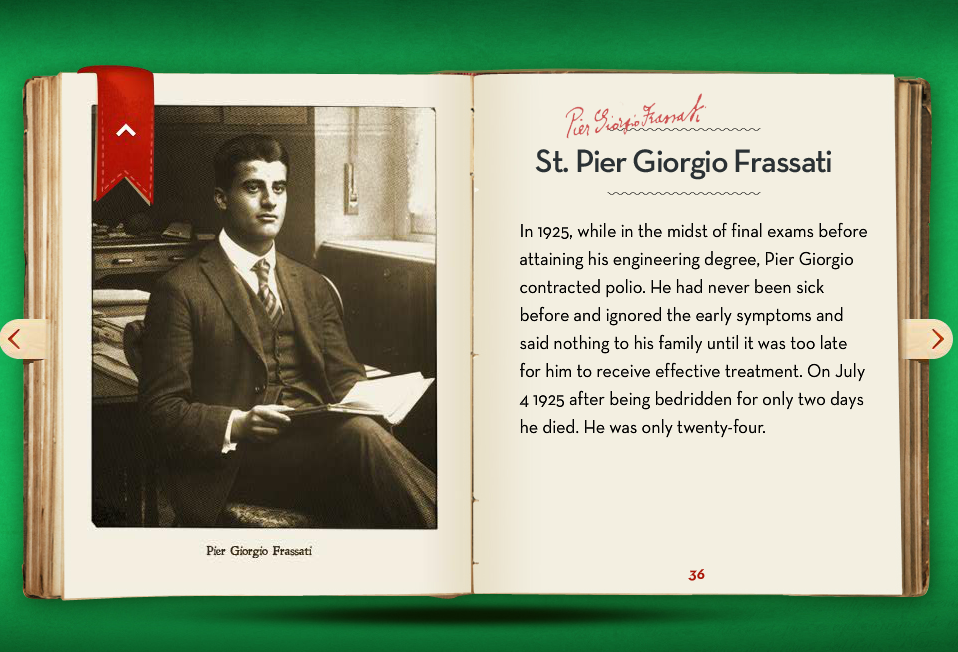 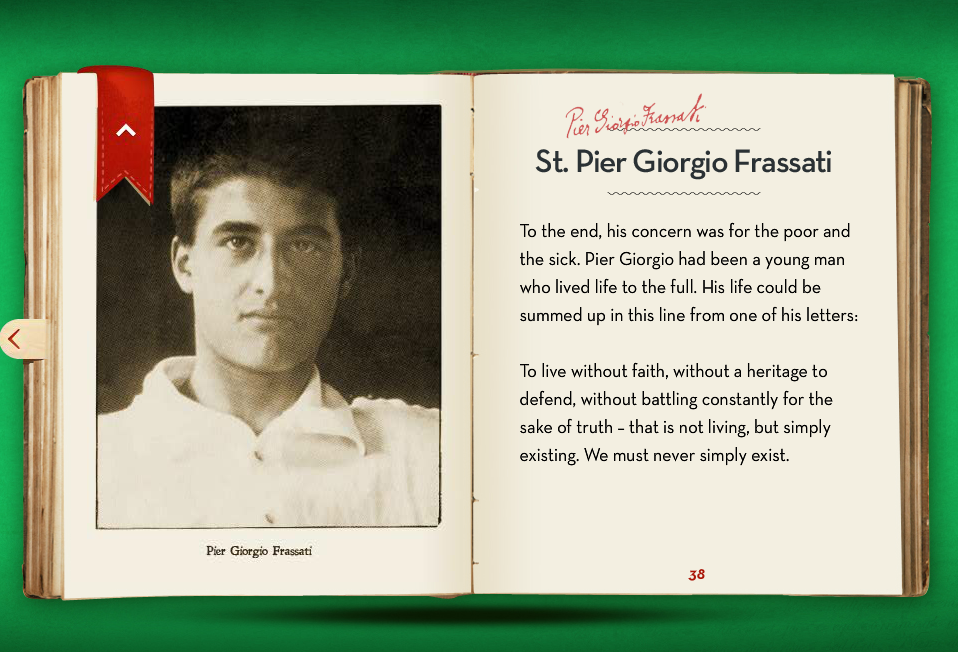 To love as Jesus does

Charity is divine love. It empowers Christians to love God and others as Jesus does. Christians develop the gift of charity by praying daily, by worshipping God, and receiving Holy Communion and by trying to live daily as Jesus taught. As this divine power grows within them, Christians find themselves empowered to love God above all else and to love others for God’s sake.

13No one has greater love than this, to lay down one’s life for one’s friends.

Charity requires spiritual nourishment if it is to develop within a Christian. This is achieved through daily prayer, but especially through the Eucharist, which gives strength to love like Jesus in everyday life.

Christians receive the gift of charity through Baptism. Many Christians today do not grow in charity as much as they could because they do not receive the Eucharist regularly enough. People change as charity grows within them. St Paul describes many of these changes:

St Paul was describing the love (charity) that the Holy Spirit gives as a share in God’s very own love which our human love in some ways reflects. People often choose these words for their wedding ceremonies.

Charity is a gift of God. It empowers people to love as Christ loves and to forgive enemies.

Charity empowers all who nourish it to develop:

Charity has empowered Christians since the earliest times to follow their call to love as Jesus did.

Many people think that, if Australia was to have a second canonised saint, Caroline Chisholm may well be the best qualified for this honour. Caroline was born into a comfortable Protestant middle class English family in 1808. From childhood she had a keen interest in the welfare of others. In 1830 she married a Catholic, Archibald Chisholm (on condition that he allowed her to continue her social work) and subsequently she became a Catholic herself.

She and Captain Chisholm travelled first to India where he was stationed and then to Australia in 1838. Caroline was shocked at the dreadful conditions that awaited young emigrant women in the Colony. She was an immensely practical woman and resolved to do something about it. She regularly met ships to greet the young arrivals to ensure that they did not fall into the clutches of people anxious to take advantage of them.

Caroline did her best to make arrangements for the women, offering some of them refuge in her own home. Eventually she persuaded Governor Gipps to allocate a building to be used as a hostel where girls could be accommodated while they were looking for work or for life-partners.

The motivation for this work was her own interest and commitment coupled with her desire to do God’s work in relation to the young women of the colony. This is the vow she made before the altar in St Mary’s Cathedral in Sydney in 1841: I promise to know neither country nor creed, but to try and serve all justly and impartially.

In 1846 the family returned to England to organise fairer, safer emigration for families and young women and to work for the reunion of families with husbands, fathers or sons who had emigrated. She organised the Family Colonisation Loan Society to encourage whole family migration, emphasising the positive role of women and children in Australia and helping and advising from her own experience. She became known as the Emigrant’s Friend.

During the gold gushes, the family was back in Australia – this time in Victoria setting up shelter sheds along the routes to the gold fields and for those going upcountry to work. Even a timeline sketch of her life indicates what a tireless worker she was. She died in England in 1877.

On January 15, 1842 Mary MacKillop was born of Scottish parents, Alexander MacKillop and Flora MacDonald in Fitzroy, Victoria. This was less than seven years after Faulkner sailed up the Yarra, when Elizabeth Street was a deep gully and Lonsdale Street was still virgin bush. A plaque in the footpath now marks the place of her birth in Brunswick Street, Fitzroy.

Mary, the eldest of eight children, was well educated by her father who spent some years studying for the priesthood in Rome but through ill health had returned to his native Scotland until 1835 when he migrated to Australia with his parents. Unfortunately, he lacked financial awareness, so the family was often without a home of their own, depending on friends and relatives and frequently separated from one another.

From the age of sixteen, Mary earned her living and greatly supported her family, as a governess, as a clerk for Sands and Kenny (now Sands and MacDougall), and as a teacher at the Portland school. While acting as a governess to her uncle's children at Penola, Mary met Father Julian Tenison Woods who, with a parish of 22,000 square miles/56,000 square kilometres, needed help in the religious education of children in the outback. At the time Mary's family depended on her income so she was not free to follow her dream. However, in 1866, greatly inspired and encouraged by Father Woods, Mary opened the first Saint Joseph's School in a disused stable in Penola.

Young women came to join Mary, and so the Congregation of the Sisters of St Joseph was begun. In 1867, Mary was asked by Bishop Shiel to come to Adelaide to start a school. From there, the Sisters spread, in groups to small outback settlements and large cities around Australia. Mary and these early Sisters, together with other Religious Orders and Lay Teachers of the time, had a profound influence on the forming of Catholic Education as we have come to know and experience it today. She also opened Orphanages, Providences to care for the homeless and destitute both young and old, and Refuges for ex-prisoners and ex-prostitutes who wished to make a fresh start in life.

Throughout her life, Mary met with opposition from people outside the Church and even from some of those within it. In the most difficult of times she consistently refused to attack those who wrongly accused her and undermined her work, but continued in the way she believed God was calling her and was always ready to forgive those who wronged her.

Throughout her life Mary suffered ill health. She died on August 8, 1909 in the convent in Mount Street, North Sydney where her tomb is now enshrined. This great Australian woman inspired great dedication to God's work in the then new colonies. In today's world, she stands as an example of great courage and trust in her living out of God's loving and compassionate care of those in need.

Pier Giorgio was born into a privileged family in Turin, Italy, on April 6, 1901. His mother, Adelaide, was an accomplished painter and his father, Alfredo, was the founder and director of the liberal newspaper, La Stampa. Pier Giorgio grew up between the two world wars, a period of social unrest dominated by Fascism.

From an early age, Pier Giorgio’s concern for others was evident. When he was only four, he gave away his shoes to the son of a poor woman who came begging at the door of the family home.

Throughout his school years, he used his pocket money and tram fare to buy food and necessities for the needy.

Pier Giorgio was loved by his schoolmates and teachers alike. He had a great sense of humour and enjoyed sport. As a result Pier Giorgio developed a strong group of friends both boys and girls. He was involved in many extracurricular activities such as political organisations, sporting clubs, the Society of St Vincent de Paul, and the Lay Dominicans as well as attending daily Mass, the Rosary, and Eucharistic adoration.

For him, receiving Holy Communion as a gift he needed to repay, saying, ‘Jesus comes to me every morning in Holy Communion and I repay him in my very small way by visiting the poor.’ He saw Christ in them and said, ‘All around the sick and all around the poor I see a special light which we do not have…God gives us health so that we may serve the sick.’

Pier Giorgio managed to achieve excellent results at the end of his secondary education. While a student at the Polytechnic, Pier Giorgio became involved in Catholic student movements. In 1921, he was involved in organising the first congress of the Pax Romana. This organisation aimed to unify all Catholic students across the world to work towards global peace.

Pier Giorgio joined the Italian People’s Party, which supported democratic principles and Catholic social teachings. He believed that it was his Christian responsibility to do more than just ‘patch up’ the wounds and sufferings which resulted from injustice. He would say, ‘Charity is not enough: we need social reform.’

In 1925, while in the midst of final exams before attaining his engineering degree, Pier Giorgio contracted polio. He had never been sick before and ignored the early symptoms and said nothing to his family until it was too late for him to receive effective treatment. On July 4 1925 after being bedridden for only two days he died. He was only twenty-four.

To the end, his concern was for the poor and the sick. Pier Giorgio had been a young man who lived life to the full. His life could be summed up in this line from one of his letters:

To live without faith, without a heritage to defend, without battling constantly for the sake of truth – that is not living, but simply existing. We must never simply exist.

Caroline Chisholm’s interests and enthusiasm coincided with the Christian vision of the dignity of each human being. What are your own interests and how might they be used for the well-being of others?

What are practical examples of ways that I show charity to people in my family, school and local community?

How can I develop the gift of charity within me, and so make the world a better place?

How do Catholics develop charity?

Many people make sacrifices for others. Write or illustrate a story about a time someone you know made a sacrifice for someone else.

Why is it important in today’s world to develop the gift of charity?

Research people who, through their words and actions, are committed to the mission of Jesus. 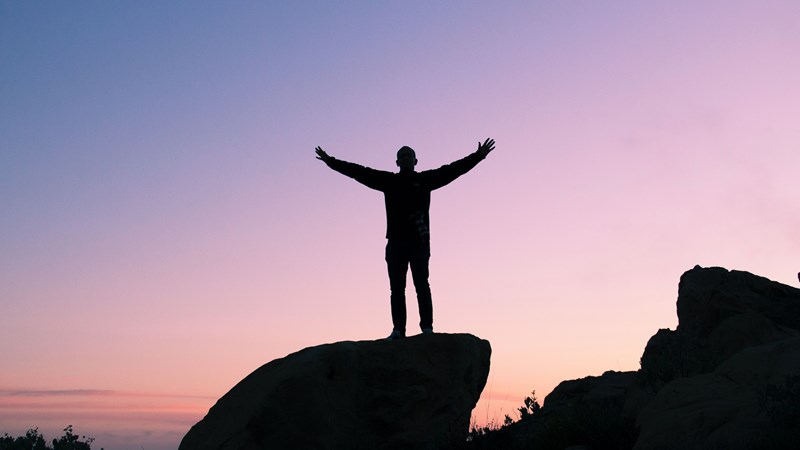 Inspiration from our Founders

How Do We Live What We Believe?