Inspiration from our Founders 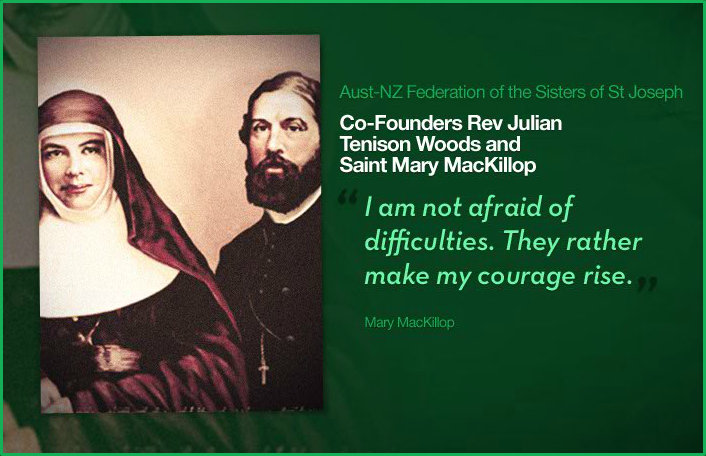 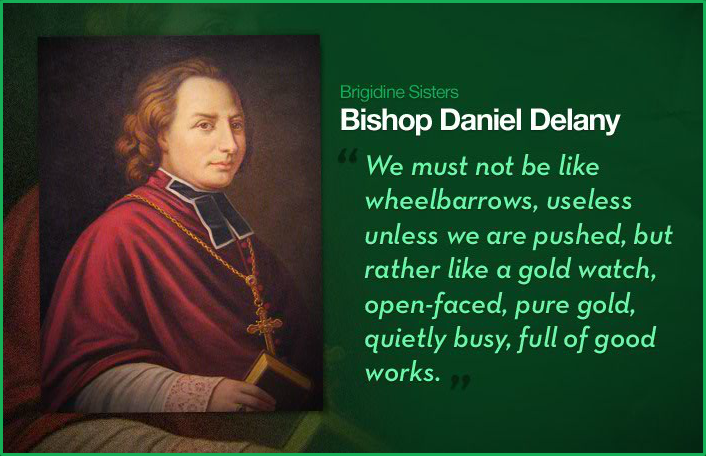 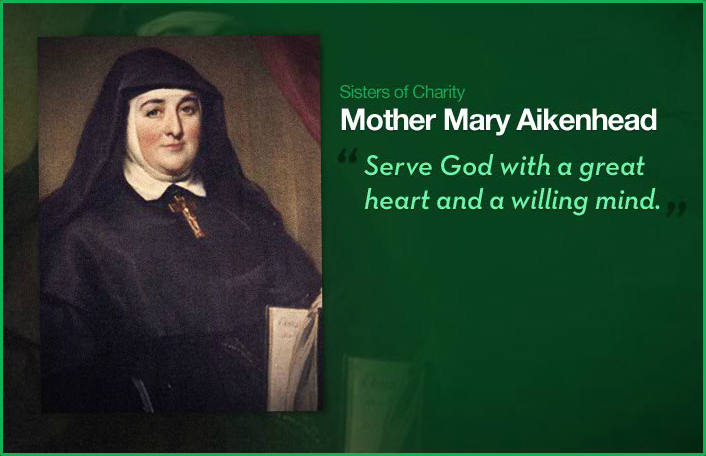 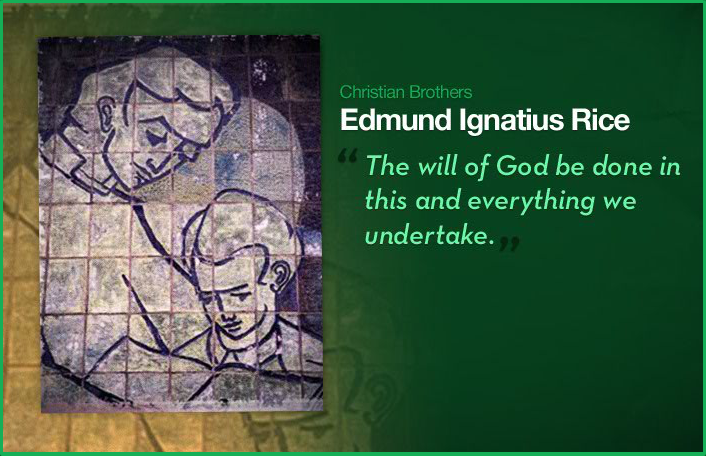 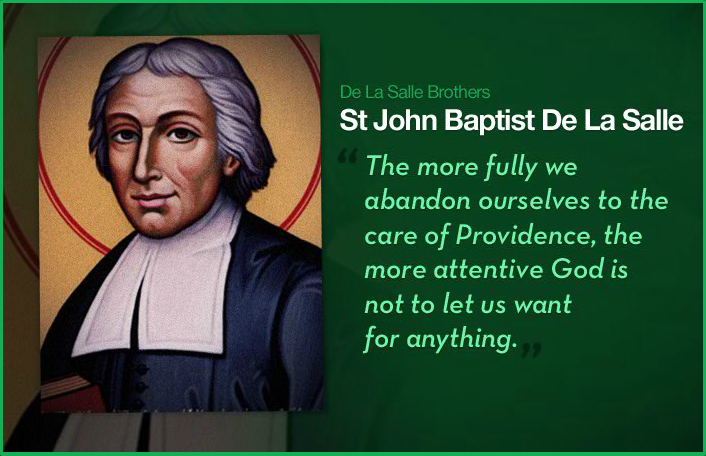 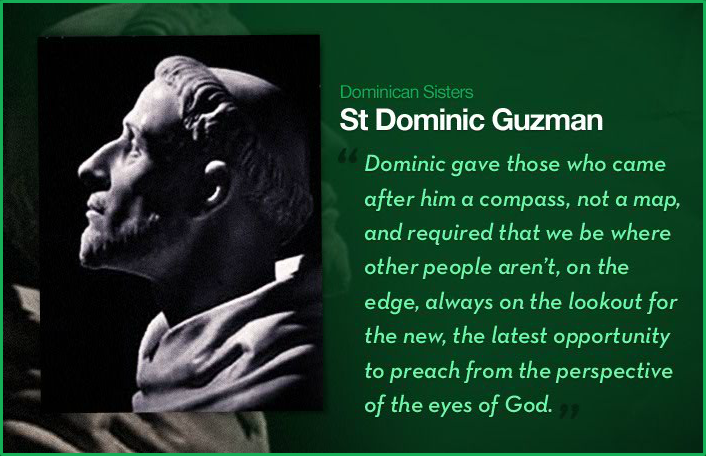 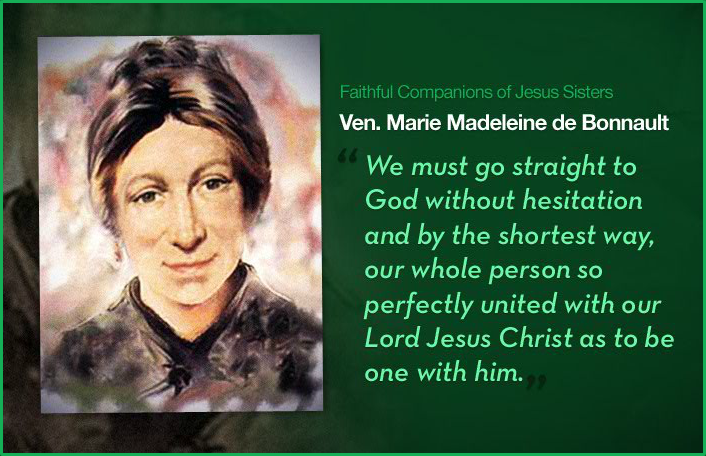 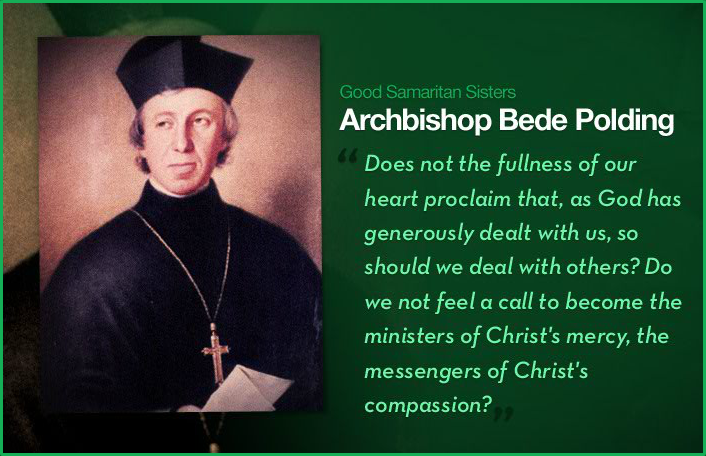 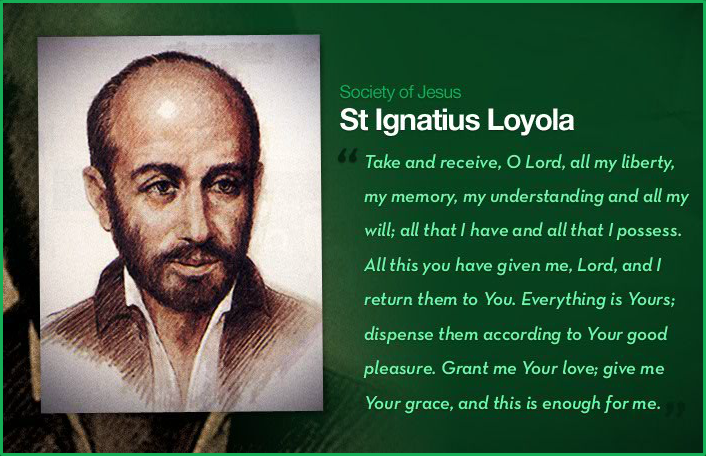 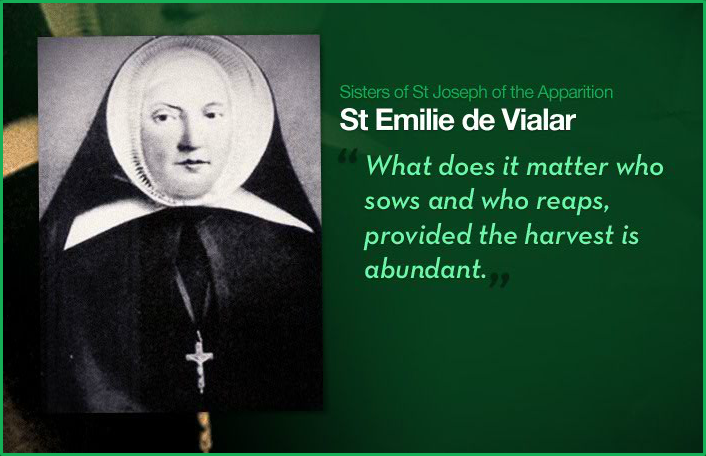 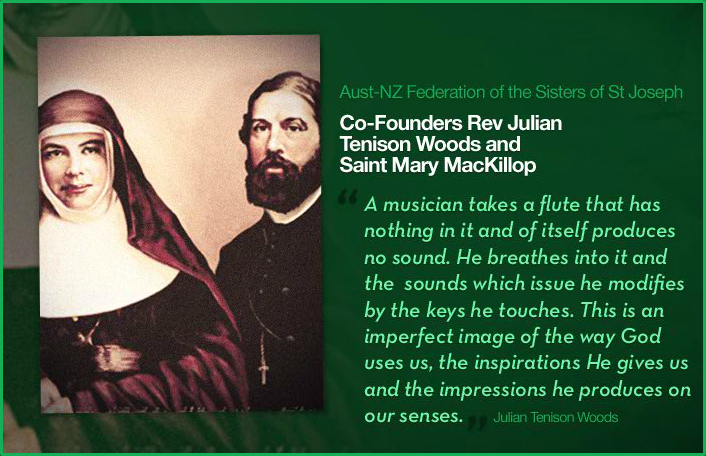 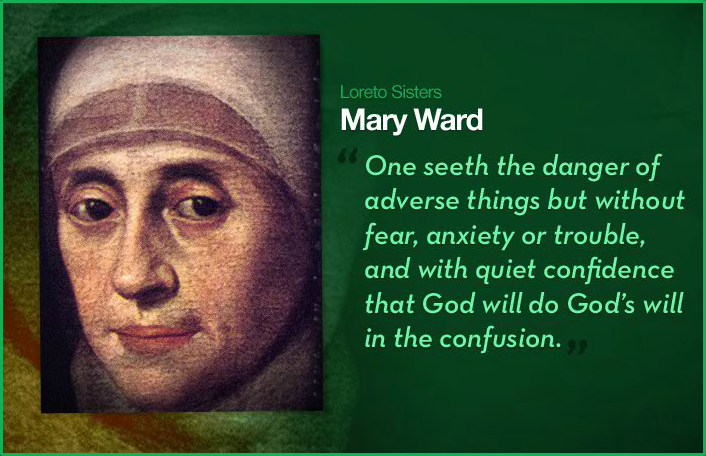 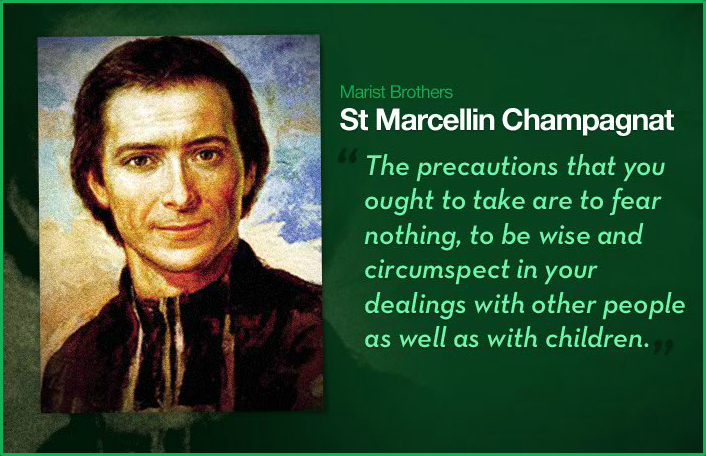 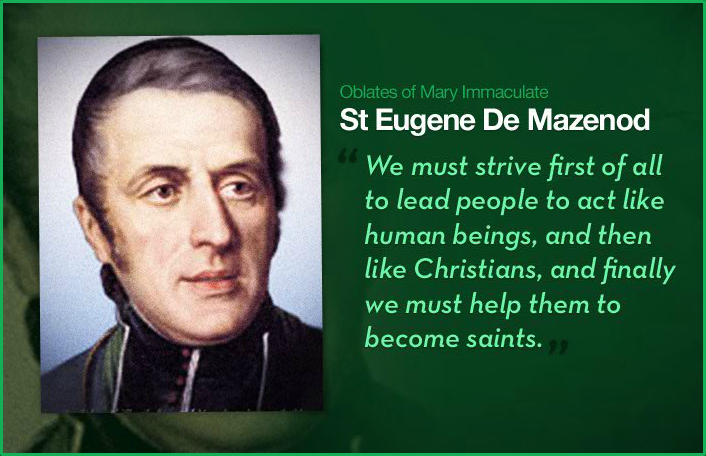 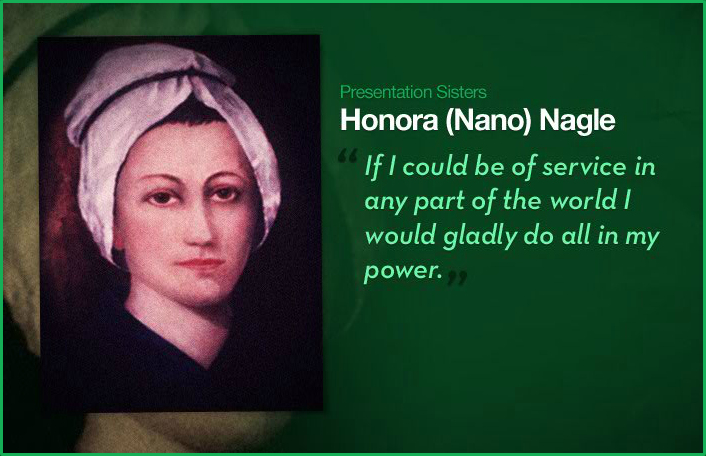 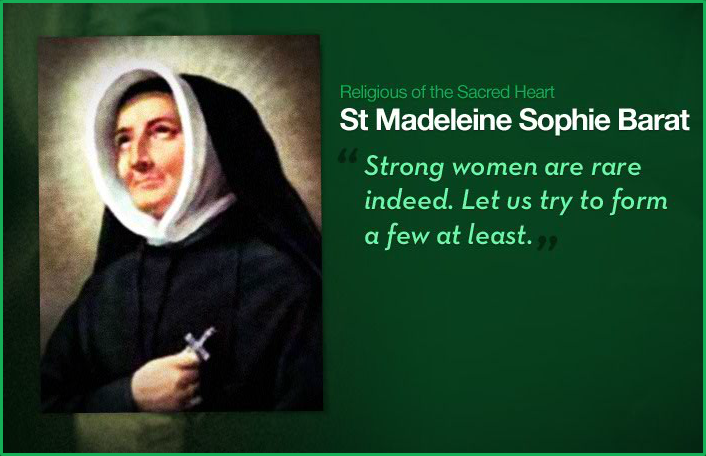 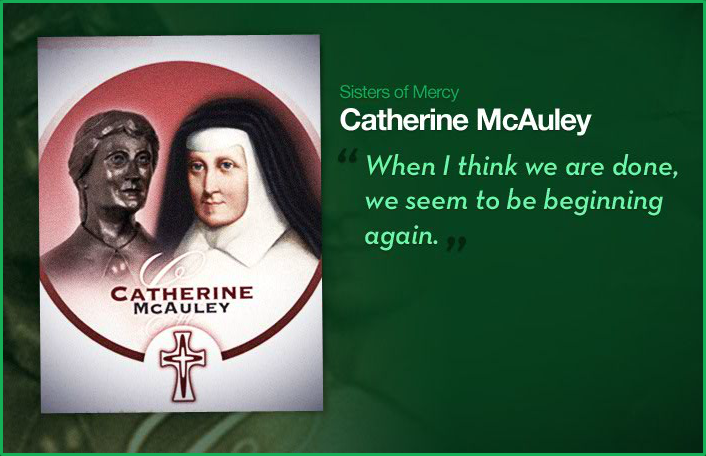 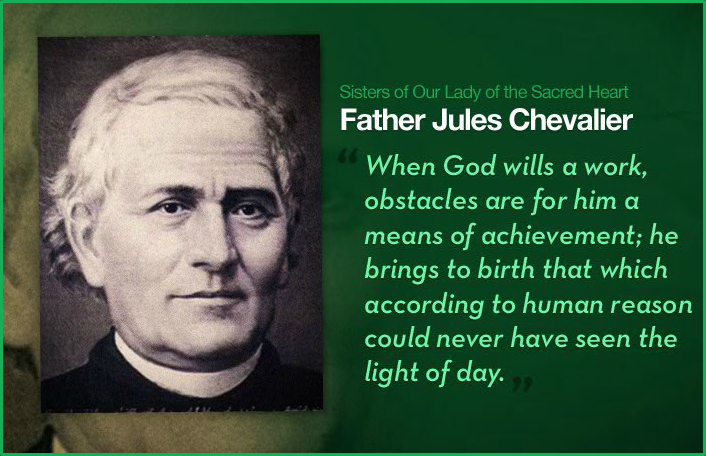 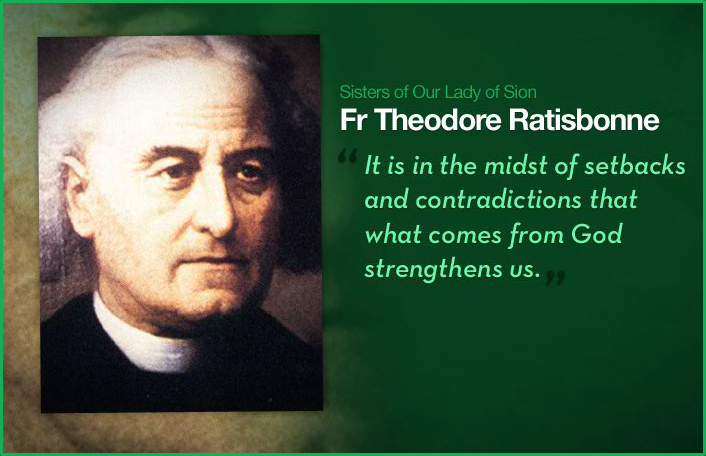 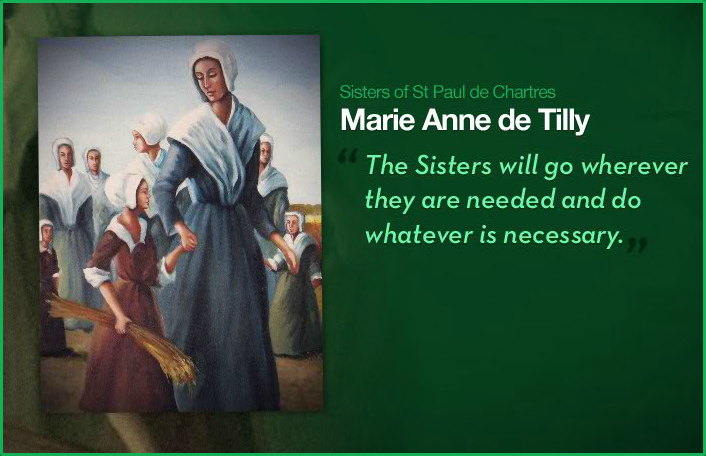 INSPIRATION FROM OUR FOUNDERS

The first Catholics to reside in Australia arrived with the First Fleet in 1788. They were mostly Irish convicts, together with a few marines. It was not until 1800 that the first priests arrived in the colony, as convicts!

One of these, James Dixon, was granted conditional emancipation and permission to say Mass for the Catholics of Sydney, Liverpool and Parramatta on successive Sundays, a practice that continued from 1803 until March 1804, when the Castle Hill rebellion so alarmed Governor King that he withdrew Dixon's privileges. Dixon soon after returned to Ireland, and Mass was not legally celebrated again in the colony until Fathers John Joseph Therry and Philip Connolly, chaplains appointed by the Government in London, arrived in 1820.

Their arrival can be regarded as the formal establishment of the Catholic Church in Australia.

At least two Catholic schools were established in the early years of the nineteenth century but neither survived very long, and it was not until after the arrival of Therry and Connolly in 1820 that significant development took place.

By 1833, there were about ten Catholic schools in the country. From this time until the end of the 1860s, Catholic schools received some government assistance under a variety of schemes, but campaigns for 'free, secular and compulsory' education had begun in the 1850s and it became increasingly clear that Catholic schools would not be able to rely on government aid for much longer.

Between 1872 and 1893, every State passed an Education Act removing state aid to Church schools. This was a turning point for Catholic schools and, indeed, for the Catholic community in Australia.

Bishops and people decided to persevere with the Catholic system. With no money to pay teachers, the bishops appealed to religious orders in Ireland and other European countries, and soon religious sisters and brothers were responding to the crisis.

There were already a few religious orders in Australia: as well as the Sisters of Charity, there were also, among others, the Good Samaritan Sisters, founded by Polding in 1857, and the Sisters of St Joseph, founded in 1866 by Fr Julian Tenison Woods and Mary MacKillop, now recognised as Australia's first saint.

By 1871, these 'Josephites' were running thirty-five schools in the Adelaide diocese. By 1880, there were a total of 815 sisters from all orders teaching in schools; by 1910 the number exceeded 5000.

The sisters not only set up schools in the cities but also established little parish schools all over Australia, providing a Catholic education for the children of the bush. Their efforts, with almost no money and in the face of considerable hardship, were nothing short of heroic.

The largest of the male teaching orders, the Christian Brothers, had 115 brothers teaching in thirty schools by 1900.

Under the influence of the religious orders, Catholic schools not only survived but flourished; the sisters and brothers were to be the mainstay of the schools for a hundred years.

Dominican Sisters of Australia, The Federation of (OP)

There are four autonomous congregations of Dominican Sisters of Australia. Founded by St Dominic in 1206 at Prouille France. Introduced to Australia by Bishop James Murray (foundress was Mother M Agnes Bourke) in 1867 in the Diocese of Maitland, NSW, from Ireland.

Jesuits - The Society of Jesus (SJ)

Founded by St Ignatius Loyola in 1540 at Rome, Italy; introduced to Australia by Fr Aloysius Kranewriter in 1848 in the Diocese of Adelaide from Austria.

Founded by Mary Ward in 1609 at St Omer Flanders; introduced to Australia by Mother Gonzaga Barry in 1875 in the Diocese of Ballarat, from Ireland

Founded by St John Baptist De La Salle in 1680 at Rheims France; introduced to Australia by Cardinal Moran, Archbishop of Sydney. The Brothers commenced their apostolate in Armidale in 1906.

Founded by St Madeleine Sophie Barat in 1800 in France; introduced to Australia in 1882, in the Diocese of Sydney, from England.

Founded by Blessed Edmund Ignatius Rice in 1802 at Waterford Ireland; introduced to Australia by Br Patrick Ambrose Treacy at the invitation of Archbishop Goold in 1868 in the Diocese of Melbourne Vic, from Ireland.

Founded by Bishop Daniel Delany, Bishop of Kildare and Leighlin Ireland, in 1807 at Tullow Co Carlow, Ireland; introduced to Australia by Mother John Synan at the invitation of Bishop Murray of Maitland, in 1883 from Mountrath, Co Laois Ireland.

Founded by Mother Mary Aikenhead in 1815 in Dublin, Ireland; introduced to Australia (Archdiocese of Sydney) by five Sisters from Dublin in 1838.

Founded by Eugene De Mazenod in 1816 at Aix, France; brought to Australia from Ireland in 1894 by Bishop Matthew Gibney of Perth, to serve in his diocese.

Founded by Saint Marcellin Champagnat in 1817 at Lavalla France; introduced to Australia by Brothers Ludovic Laboureyas, Jarlath Finand, Augustinus McDonald and Peter Tennyson in 1872 in the Diocese of Sydney, from St Genis Laval, France.

Founded by Venerable Marie Madeleine de Bonnault d’Houet in 1820 at Amiens France; introduced to Australia by Mother Mary John Daly at Richmond in 1882 in the Diocese of Melbourne, from England.

Founded by Catherine McAuley in 1831 at Dublin Ireland; introduced to Australia by Mother Ursula Frayne in 1846. Foundations continued to be made from overseas until 1888.

Sisters of St Joseph of the Apparition (SJA)

Founded by St Emilie de Vialar in 1832 at Gaillac France; introduced to Australia by Bishop Serra OSB, from Motherhouse Marseilles France, in 1855 in Perth (Fremantle) WA.

Founded by Most Rev John Bede Polding OSB in 1857 at Sydney.

Founded by Fr Theodore Ratisbonne in 1863 at Paris France; introduced to Australia by Bishop Corbett in 1890 in the Diocese of Sale, from Paris.

Founded by Fr Julian Tenison Woods and Mary MacKillop (Australia’s first Saint) in 1872. The Australian-New Zealand Federation was established in 1968. It consists of five autonomous congregations.

OLSH Sisters - Daughters of Our Lady of the Sacred Heart (FDNSC)

Founded by Jules Chevalier MSC, in 1874 at Issoudun France; introduced to Australia by Sisters Paul Perdrix, Xavier Ryan, Madeleine Masselin, Claire Dessailly, and Martha Douillard on January 31, 1885, in the Diocese of Sydney, from Issoudun France.

Investigate the story of your founding congregation or religious order. Explain their charism or spirit.

Create a digital “Hall of Fame” for persons who have made significant contribution to continuing the mission and vision of your school’s founder.

Research the story of your school’s founder or foundress. What motivated them to establish your school?

What are the ways in which you carry out the mission and vision of your school?

The Catholic Community in Australia